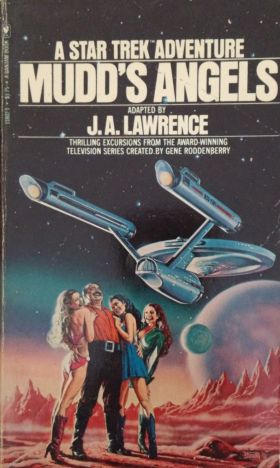 Adapts two episodes of the television series and includes an original story.

This book consists of adaptations of two Star Trek episodes ("Mudd's Women" and "I, Mudd" by Stephen Kandel) and an original novella featuring Harry Mudd and the Enterprise crew ("The Business, as Usual, During Altercations").

The Business As Usual, During Altercations

Scheming to take over the starship Enterprise and ultimately the entire galaxy, the infamous Harry Mudd paralyzes the galactic economy by creating a monopoly on the most valuable fuel source in the universe: dilithium.