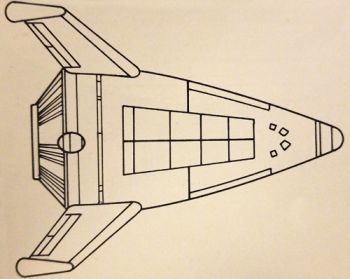 The Lindbergh class space ferry was launched in 2003, filling the role of the old Space Shuttle as the primary surface-to-orbit spacecraft. Early versions of the Lindbergh class were equipped with booster rockets, much like the Shuttle, but advances in early 21st century technology eventually eliminated the need them; the class was also equipped with eight cargo ports per side, for ready cargo access. The Lindbergh class played a vital role in the completion of the Orbital Power Satellite network, which guaranteed energy independence for Earth, as well as in the construction of orbiting satellite cities.[1]