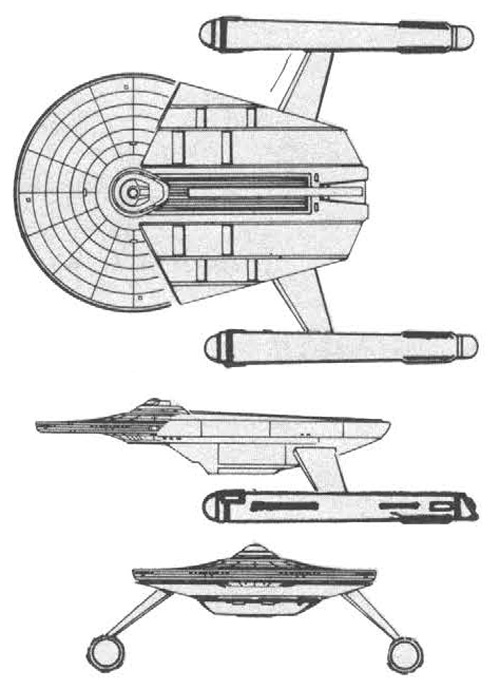 First commissioned on Reference Stardate 1/8704 (April 2187) during the period known as "The Great Awakening," the Anton class cruiser was on the forefront of that expansion effort. At the time, Star Fleet itself was expanding in response to the changing and expanding economic goals of the United Federation of Planets. To meet the demand of a larger navy, the Military Appropriations Committee authorized the development and testing of hundreds of vessel types, the Anton among them.

During this same period, the concepts of ship design were rapidly evolving and becoming more sophisticated, and the technology to build and operate starships was going through a revolution. Advances in all facets of the technology required to construct, maintain, and operate a starship were changing so rapidly that some ships were obsolete before they were completed. The Anton design was changed no fewer than twelve times before the tooling and machining were begun. Even so, the ship required some alterations during its trials and was to see many more changes after its commissioning, the last of which was the refitting to the Reliant class.

When these new cruisers were launched, they were only capable of performing three-year missions with resupply at one-year intervals. This made their dual-purpose role of research cruiser harder to perform. With the great distances that had to be traveled, they could not get more than six months travel time from a friendly outpost. This meant that they could only advance as fast as the frontier was expanding.[1]