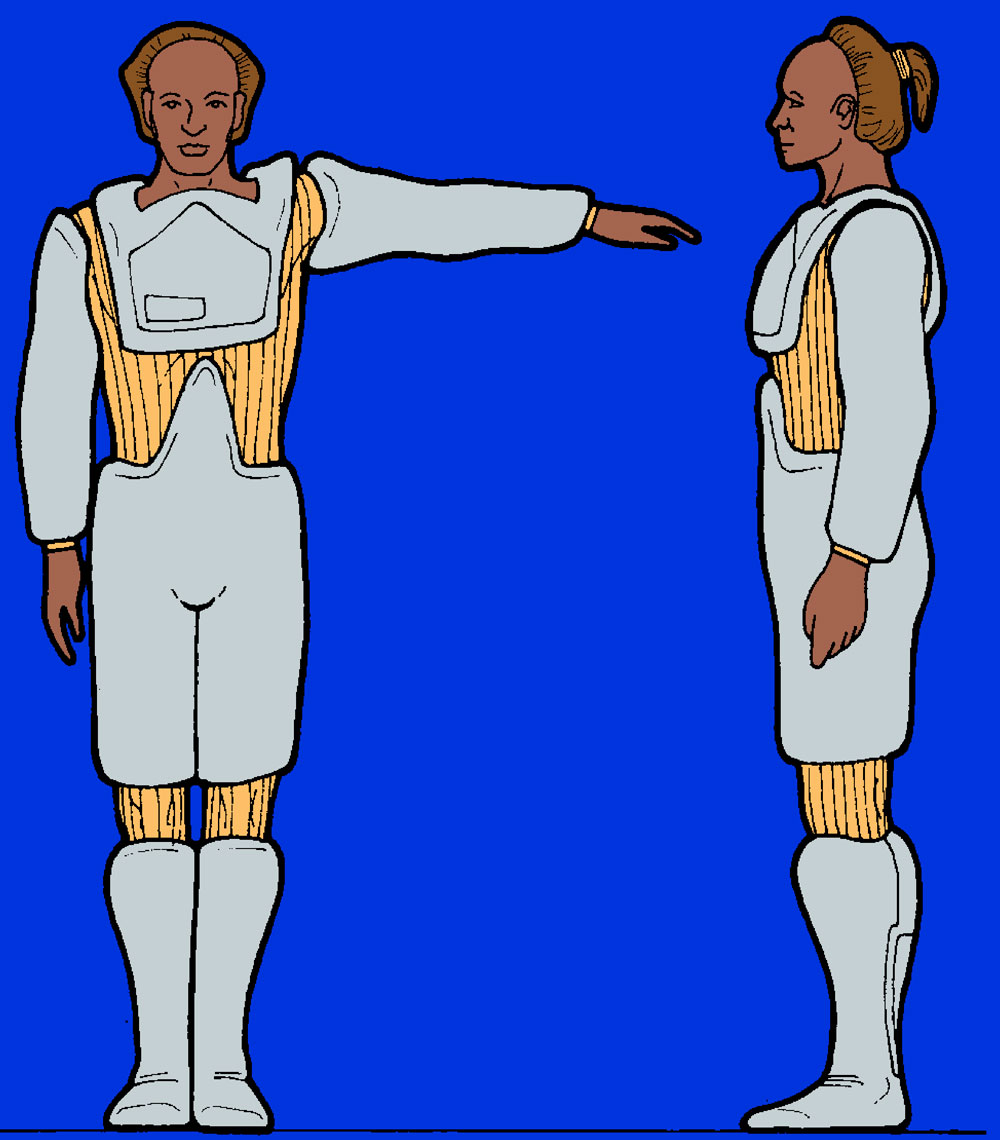 Antosians were native to Antos IV.[1] Their culture was considerably older than Humans and had little interest in contact with outside worlds,[2] though they maintained peaceful relations with their interstellar neighbors.[3] Antosians, like Vendorians,[4] learned the art of cellular metamorphosis, which allowed them to rearrange their cellular structure to imitate any person, creature, or object of similar size and mass. Antosians kept this secret for centuries, but shared it in the late 22nd century with Captain Kelvar Garth of Izar in an effort to save his life when an accident left him mortally wounded. The process quickly rendered Garth mad, and he remained so for several years. Only the introduction of a new drug returned him to sanity, with the resultant loss of his shape-changing ability.[1]