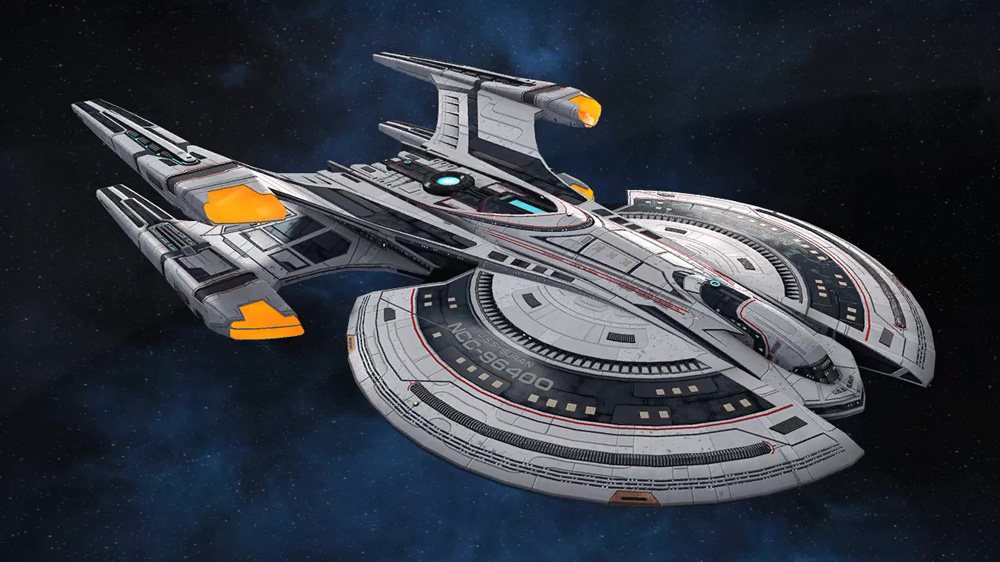 The Buran class of command dreadnought cruisers served as the backbone of fleet engagements. Their robust hull and shields ensured the safety of the ship and all aboard, letting the crew focus on being a commanding presence on the battlefield. Command ships were impressive vessels designed to inspire those around them. The design of the class was inspired by the Cardenas class of the mid-23rd century; the class vessel, the U.S.S. Buran NCC-96400, was the namesake of the Cardenas class U.S.S. Buran NCC-1422, which was destroyed during the Federation-Klingon War of 2256-2258.[1]