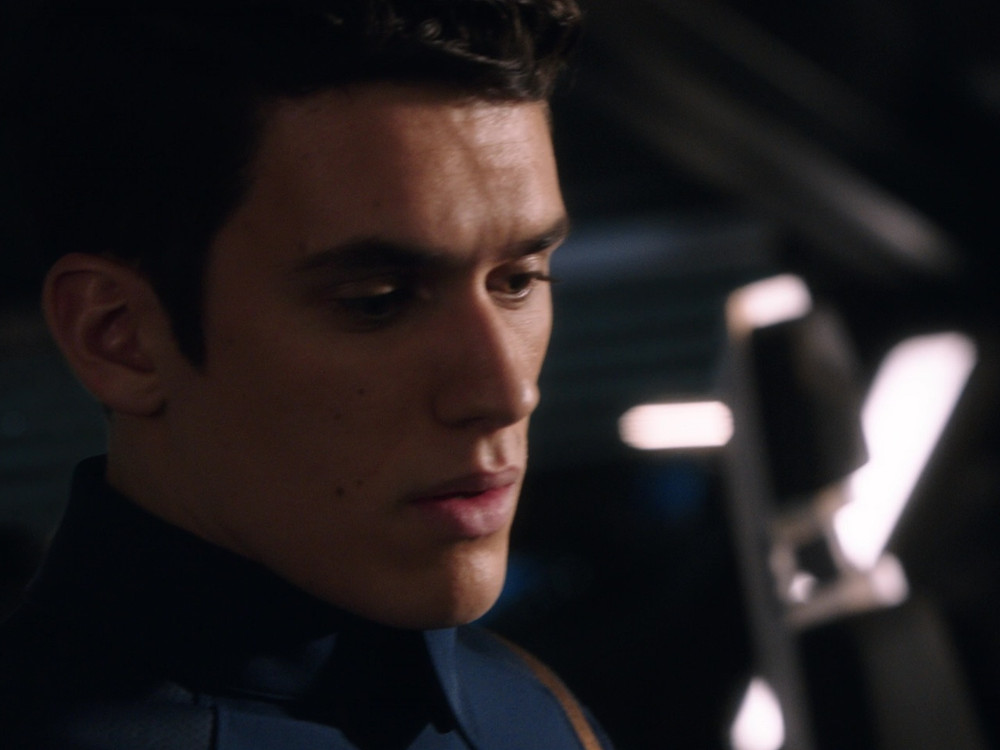 Danby Connor was a lieutenant in Starfleet in the mid-23rd century. On Stardate 1207.3, Connor was assigned as an operations officer aboard the U.S.S. Shenzhou NCC-1227;[1] the ship was present at the Battle of the Binary Stars, the opening battle of the Federation-Klingon War of 2256-2257. Connor was wounded at his station on the bridge in the Klingons' initial attack, and ordered to report to sickbay. In his disoriented state, he instead went to the brig, where he encountered Commander Michael Burnham, the ship's first officer, who had been imprisoned for mutiny. As she tried to persuade the disoriented Connor to report to sickbay, the ship was struck by another barrage of Klingon weapons fire, causing a hull breach in the brig. Connor was blown out into space, where he died.[2]