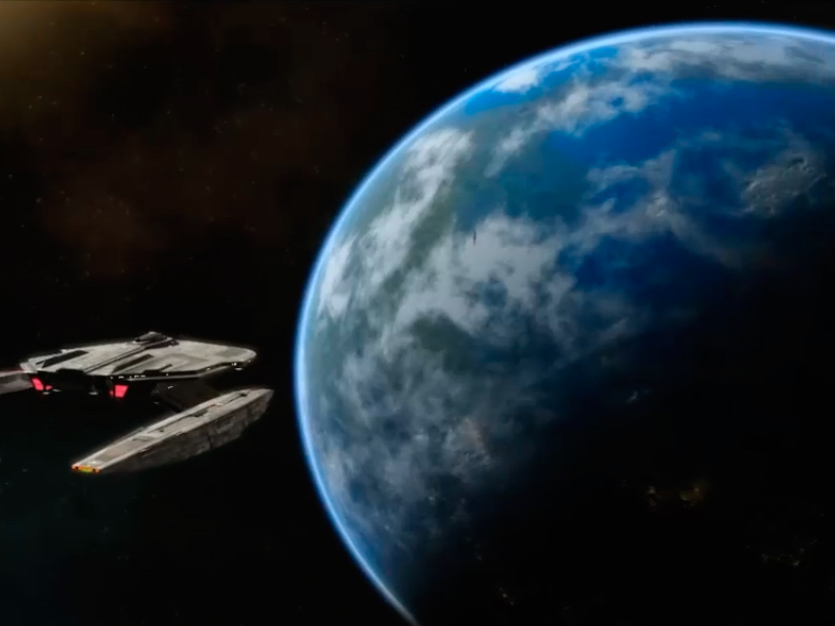 Corvan II was a United Federation of Planets colony world and home to one of the largest supplies of dilithium in Federation space. In 2256, Corvan II, under the administration of Ellery Smythe, produced forty percent of the dilithium supply in the Federation, making it a vital resource production site. It soon became a target of Klingon attacks during the Klingon War. During a raid in June 2256, the colony was defended by a lone Starfleet vessel, a Malachowski class ship manned by cadets on a training cruise, though it was later joined by the U.S.S. Glenn NCC-1030, the U.S.S. Ticonderoga NCC-1650, the U.S.S. Sebrova NCC-1309, and the U.S.S. Miyamoto.[1] Several months later, it was attacked by Klingons again, and this time was defended by the U.S.S. Discovery NCC-1031.[2]