From Trekipedia
Jump to: navigation, search
Code of HonorStar Trek: The Next GenerationWhere No One Has Gone Before 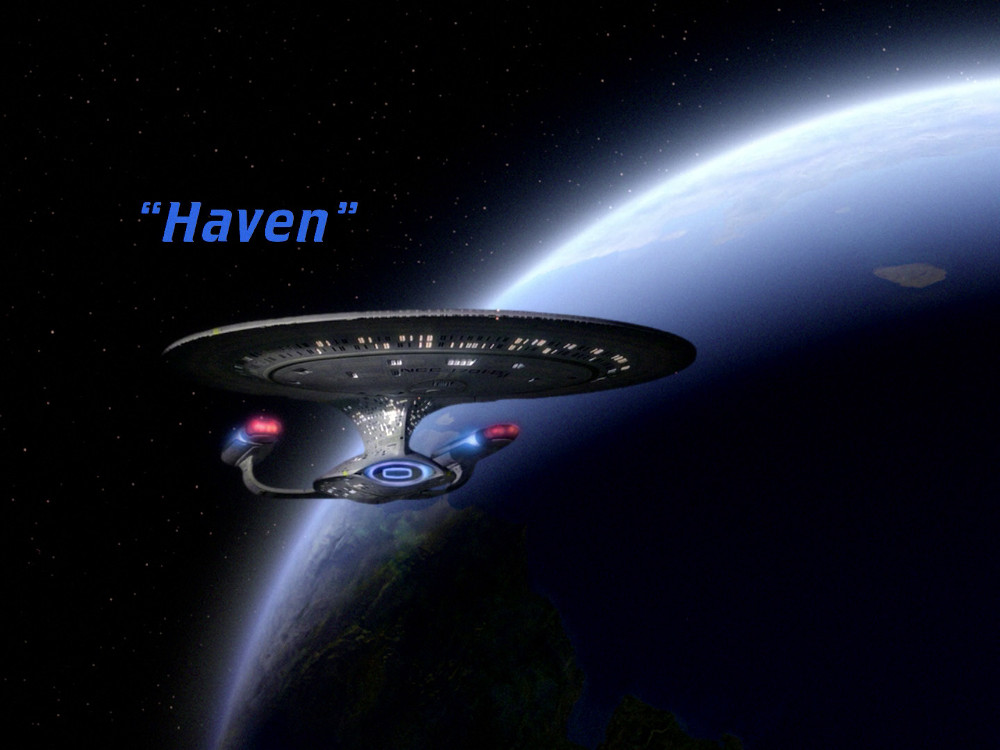 At planet Haven, Captain Picard and the Enterprise crew meet Lwaxana Troi, Deanna Troi's mother, who blusters aboard when her late husband's best friends, Steven and Victoria Miller, insist on seeing the childhood genetic bonding vows consummated between Deanna and their son, Wyatt. Deanna dutifully agrees and comes to find Wyatt a good companion, much to her imzadi Will Riker's confusion. Wyatt is puzzled because Deanna is not the blonde woman he has seen in visions since childhood.

The wedding plans go forward — in spite of the mothers' feuding — until a ship of plague-ridden Tarellians, long thought extinct, arrives. Wyatt, a doctor, discovers that the blonde woman in his dreams is a Tarellian named Ariana, and she had seen him in her own dreams since childhood. Wyatt stuns his parents when he transports aboard the Tarellian ship, following his perceived destiny and seeking to help find a cure to the Tarellian plague.

Code of HonorStar Trek: The Next GenerationWhere No One Has Gone Before
Retrieved from "http://trekipedia.com/mw/index.php?title=Haven_(Episode)&oldid=37096"
Categories:
Edit ‌