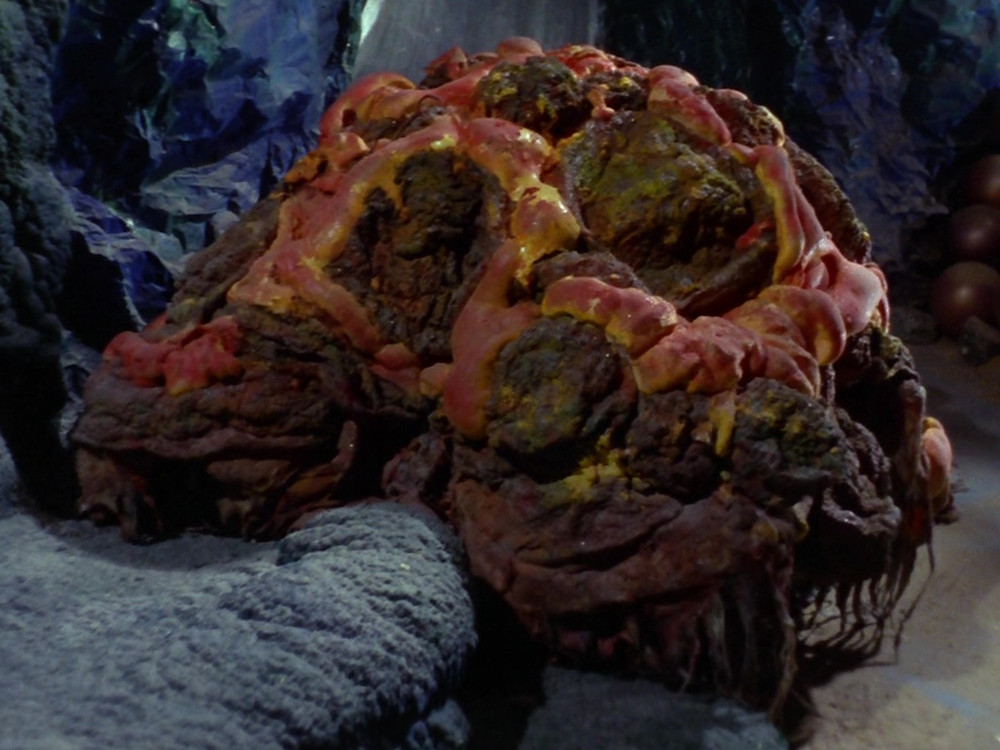 Native to Janus VI, Horta were a silicon-based species that fed on rock and secreted highly corrosive acid that allowed them to digest it as well as to easily travel through it. Their skin was once compared to asbestos. Each generation of Horta would hatch from a clutch of thousands of eggs, cared for by a single Mother Horta from the previous generation. At the end of their life span, they would all die off, save for a single Mother Horta that would care for the next generation. Gestation within the eggs took approximately fifty thousand years. The eggs were perfectly round and approximately 250-300cm in diameter, and were initially mistaken as silicon nodules and a geological oddity when first discovered by the Federation mining colony that was established on Janus VI. Horta began tunneling immediately after hatching.[1]