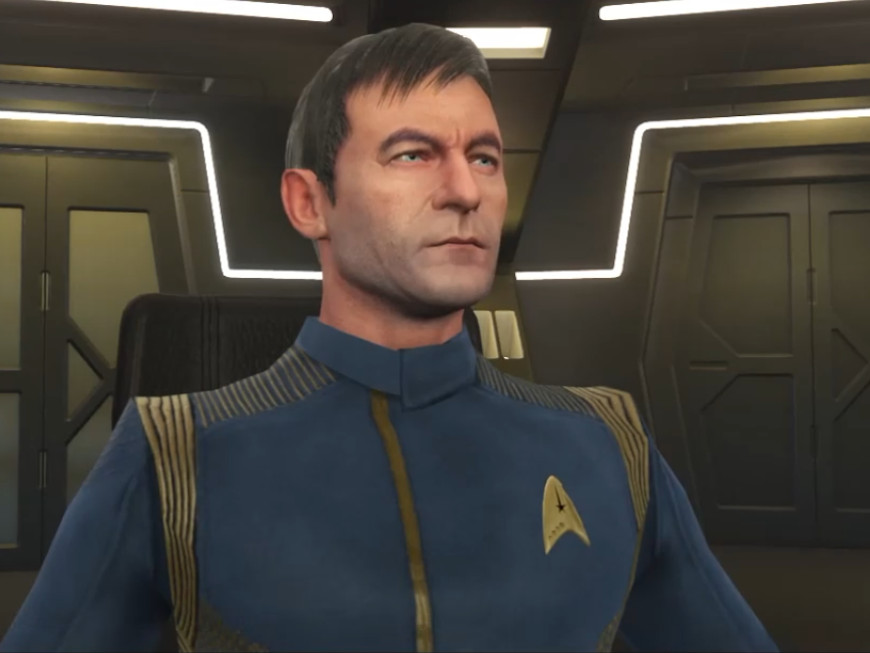 Gabriel Lorca was a Captain in the Terran Imperial Starfleet in the mid-23rd Century. In 2256, he was the commander of the I.S.S. Buran NCC-1422; the ship was being pursued by the I.S.S. Charon, as Lorca had been planning to assassinate Emperor Philippa Georgiou and take her place on the throne. While attempting to transport to another ship during an ion storm, Lorca inadvertently found himself transposed with his counterpart from another reality.[1]

Finding himself aboard the U.S.S. Buran NCC-1422 as it was being overwhelmed in a battle with the Klingons in orbit of Priors World, Lorca used the confusion of the battle to initiate the ship's self-destruct system, causing a warp core breach that destroyed the ship, killing any witnesses aboard who could have identified him as an impostor rather than the Lorca of that reality. Lorca fled in an escape pod and was rescued by another Starfleet vessel that was coming to the Buran's aid. Joined by four survivors of the Buran's crew who were already aboard that vessel, Lorca was rushed to a nearby starbase for more advanced medical treatment than the ship's sickbay could provide. The fact that his eyes could no longer adapt as quickly to changes in light as was normal for Humans — a normal trait for Terrans — was explained as a permanent result of his injuries in escaping from the Buran.[2]

Their shuttlecraft was soon set upon by a Klingon Bird of Prey, however, and it crashed upon an unnamed, Class P moon: Priors Vd. All the remaining Buran survivors except for Commander Ellen Landry were killed in fighting with a Klingon raiding party. Lorca, taking his counterpart's place, was given command of the Crossfield class U.S.S. Discovery NCC-1031, and Landry joined him as the ship's chief of security.[2]

Lorca's deception remained unknown until he implemented his plan to return to his own universe. Manipulating the Discovery's spore drive in order to cause the ship to jump between realities,[3] Lorca continued to manipulate the crew to put himself back into position to attempt to seize the throne.[4] His attempt on the Emperor's life ultimately failed, however, and he was killed.[5]