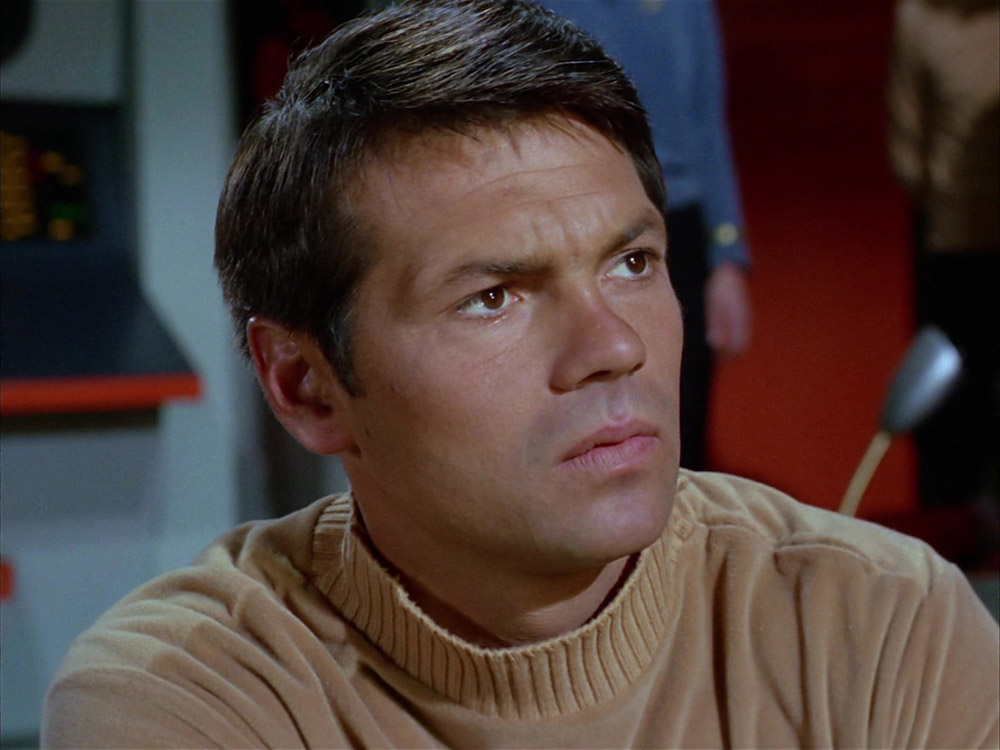 Gary Mitchell was an old friend of Captain James T. Kirk from their days at Star Fleet Academy, where they first met in 2192. Mitchell's first encounter with Kirk was a warning from senior cadets to "Watch out for Lieutenant Kirk! In his class, you either think or sink!" Mitchell, who saw Kirk as "a stack of books with legs," maneuvered Kirk into a relationship with a "little blonde lab technician" so successfully, Kirk nearly married the woman.[1]

At one point, Mitchell got into some trouble with a woman on Deneb IV, whom he would later describe as "nova," that caused Kirk to worry a great deal. Another time, on Dimorus, Mitchell saved Kirk's life by taking a poisoned dart from a rodent-like native that was meant for Kirk. When he got his first command, Kirk requested Mitchell for his crew,[1] and by 2207, Mitchell served as first officer[2] senior helmsman aboard the U.S.S. Enterprise NCC-1701 under Kirk.[1]

On Stardate 1312.4, a mission to the Galactic Barrier imbued Mitchell with incredible psychic abilities, which only continued to grow as time passed. Beginning as telepathy and telekinesis, Mitchell was eventually able to cause objects to appear by sheer force of will. In tests, Mitchell had shown a very high rating for extrasensory perception; his score was the highest of all personnel aboard the Enterprise. At the urging of the ship's first officer, Lieutenant Commander Spock, Kirk attempted to maroon Mitchell on the remote world of Delta Vega, while the ship's engineers stripped the automated lithium-cracking facility for parts to repair damage that the Enterprise had sustained in its encounter with the Galactic Barrier. Mitchell escaped custody, and Kirk was forced to kill his old friend, who had been driven mad by his newfound power.[1]