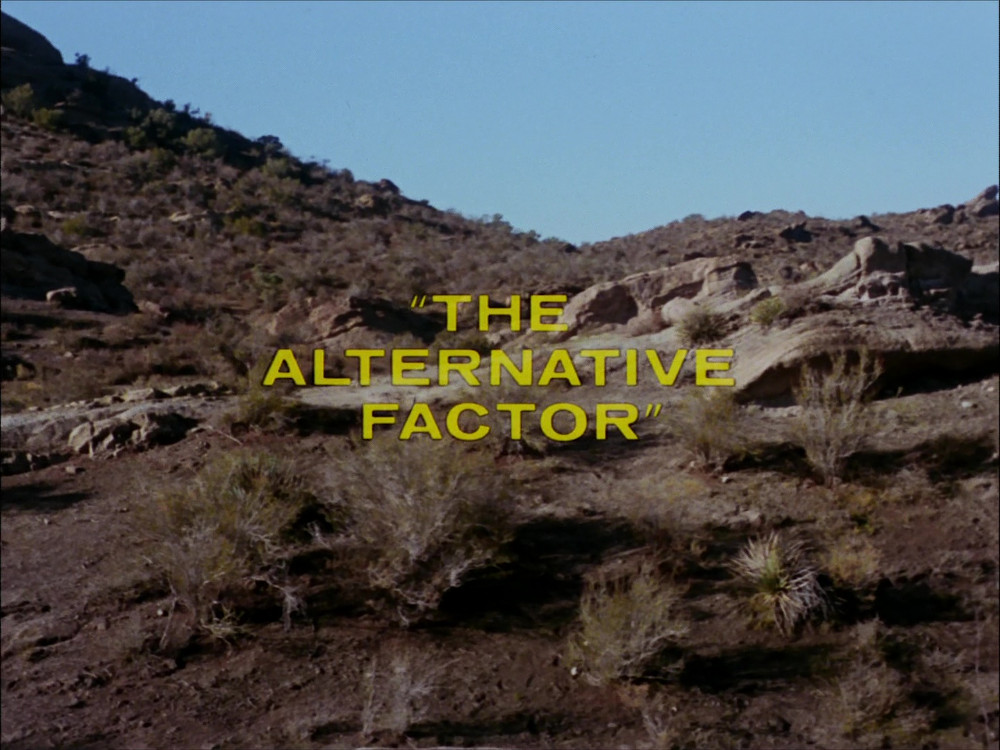 Stardate 3087.6: A mysterious being fights himself across two realities.

Orbiting a lifeless planet, the Enterprise's instruments detect a moment of "nonexistence" experienced throughout the universe. Starfleet Command believes it to be the prelude to an invasion, and Captain Kirk must determine its cause. When Spock's sensors detect the sudden presence of a humanoid life form on the planet, Kirk beams down and meets Lazarus. The stranger is actually two different people: one rational, the other a madman from what is described as an "antimatter" universe. The "nonexistence" effect is the result of the irrational Lazarus passing through a dimensional corridor between universes. The sane Lazarus steals the ship's dilithium crystals to prevent his mad counterpart from using them to open the rift between the parallel universes. When he discovers the truth, Kirk aids Lazarus in trapping his insane counterpart within the dimensional corridor, and the two Lazaruses will likely remain locked in combat in that area outside spacetime for all eternity, thus assuring the safety of both universes.