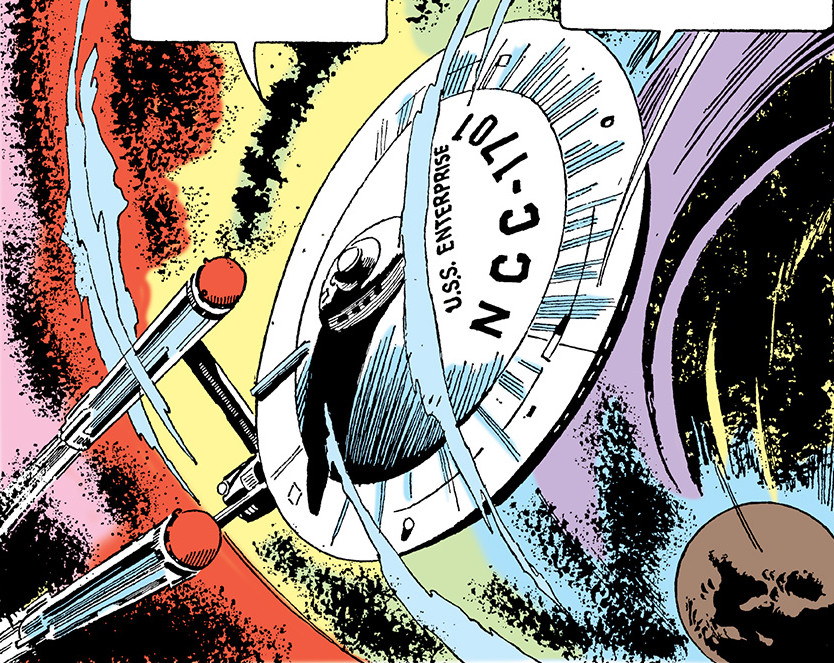 The Starship Enterprise was commanded by Captain James T. Kirk.[1] 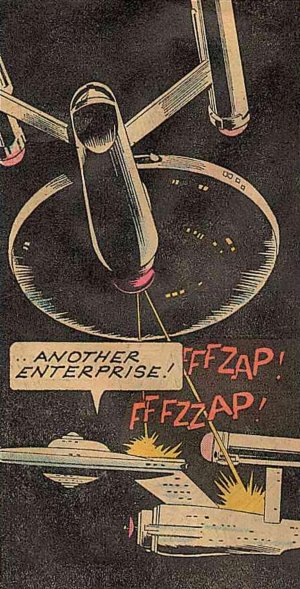 On Stardate 17:02,[2] the Enterprise, otherwise unmanned and under the mental control of Captain James T. Kirk, encountered its counterpart from the GK Timeline, and the two ships briefly engaged in battle.[3] 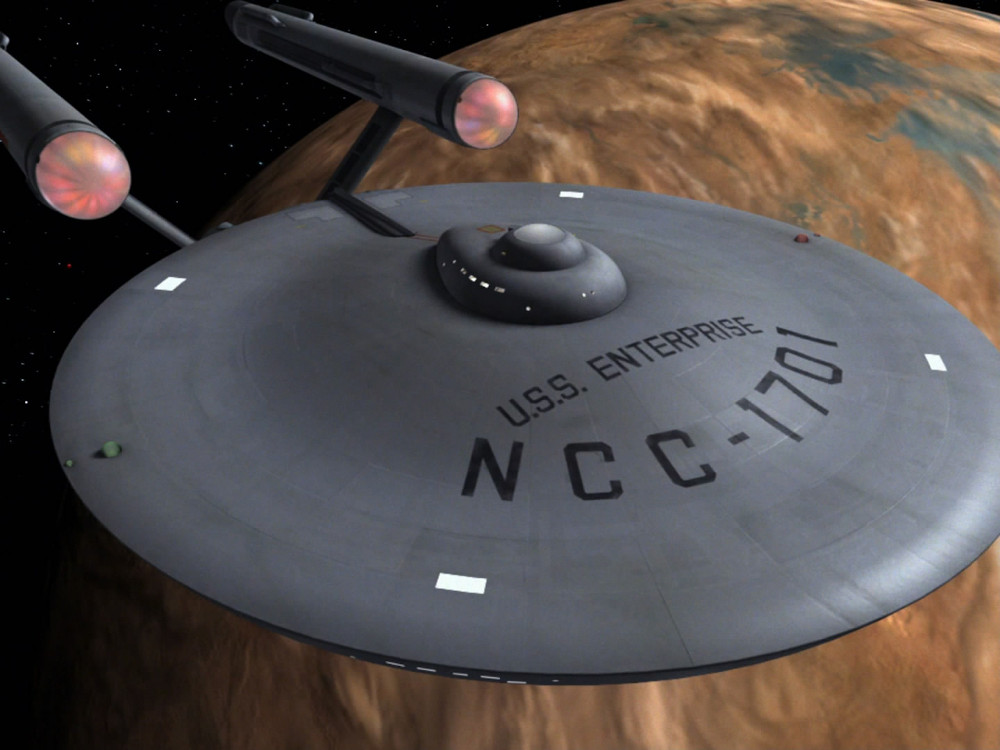 The Federation Starship Enterprise was a CA-type Constitution class heavy cruiser, commissioned circa 2250. In 2266, the Enterprise engaged and destroyed a Romulan Warbird class frigate, the R.I.S. Praetor's Pride,[4] which was sent to test Federation defenses along the Neutral Zone in anticipation of renewed hostilities by the Empire.[5] In 2285, the Enterprise battled the Miranda class U.S.S. Reliant NCC-1864, which had been taken over by Khan Noonien Singh, in the Mutara Nebula.[4] The Reliant was destroyed, but the Enterprise suffered heavy damage in the engagement.[6]

The Federation Starship Enterprise was authorized for construction by the Articles of Federation (Stardate 0965), as one of the original 13 Constitution class vessels.[7]