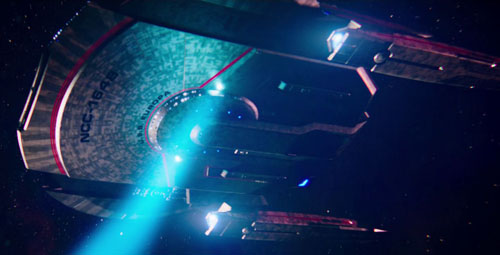 The Federation Starship Europa, a Nimitz classs vessel, took part in the Battle of the Binary Stars on Stardate 1207.3, the first battle of the Klingon War. The Europa, which served as Admiral Brett Anderson's flagship, was destroyed during the battle.[1]