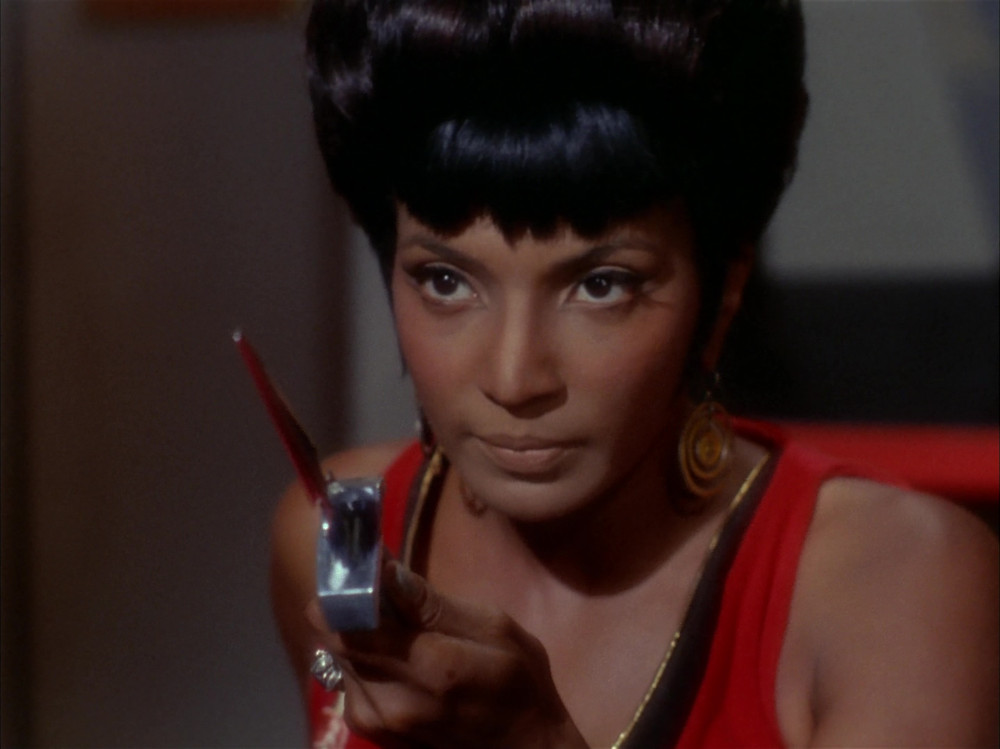 In several timelines that spawned from that incident, upon his return, Kirk was immediately killed by Spock, who had been influenced by the visitors from the other universe;[3] in others, Spock waited years before making his move;[4] in still others, Spock did nothing.[5]

Upon their return, Kirk was placed in the brig with Sulu while Spock conferred with Starfleet Command regarding how to proceed, given the unusual circumstances of the incident. Admiral Decker and the I.S.S. Constellation NCC-1017 were dispatched to personally handle the matter, but before Decker could arrive, Kirk and Sulu, with Uhura's help, engineered an attack on Spock that coincided with an attack by a Klingon attack force. Spock, having already ordered Lieutenant Commander Scott to fully integrate the Tantalus Device into the ship's systems, used the device to drive off the Klingons. Just as that crisis was averted, Kirk attacked Spock on the bridge. The pair were caught in an explosion at the communications console, which Ensign Chekov had rigged to kill Lieutenant Uhura. The explosion wounded Spock, and killed Kirk.[6] Though not shown, it is implied that the "standard procedure" of a death sentence was carried out for Uhura's role in Sulu's attempt on Captain Spock's life.

Kirk led an attempted invasion of the FASA Timeline in 2227,[7] but he was not only stopped by his counterpart, he and his entire crew, with the exception of Spock, were killed by the Imperial Starfleet, which had labeled them traitors following the interference of their counterparts.[8]