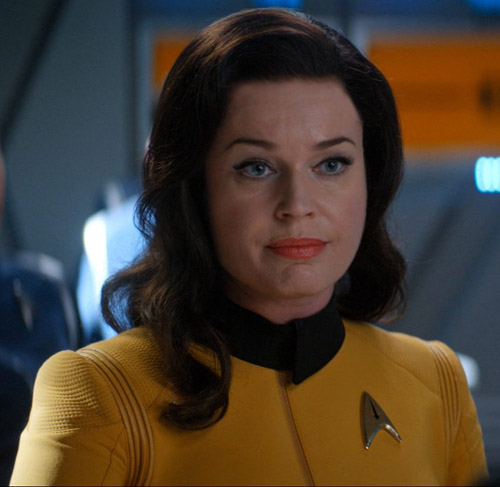 Lieutenant Commander[1][2] Una[3] served as helmsman and first officer under Captain Christopher Pike. Una preferred to use her rank or "Number One," rather than her name.[4] In 2254,[5] Una and Yeoman Colt were captured by the Talosians, who wanted Pike to select a mate in order to produce a colony of Humans to repopulate their world. A spiteful Vina said "they’d have more luck crossing [Pike] with a computer." The Talosians, however, believed that her "superior mind would produce highly intelligent children," observing that "although she seems to lack emotion, this is largely a pretense. She often has fantasies involving [Pike]."[1]