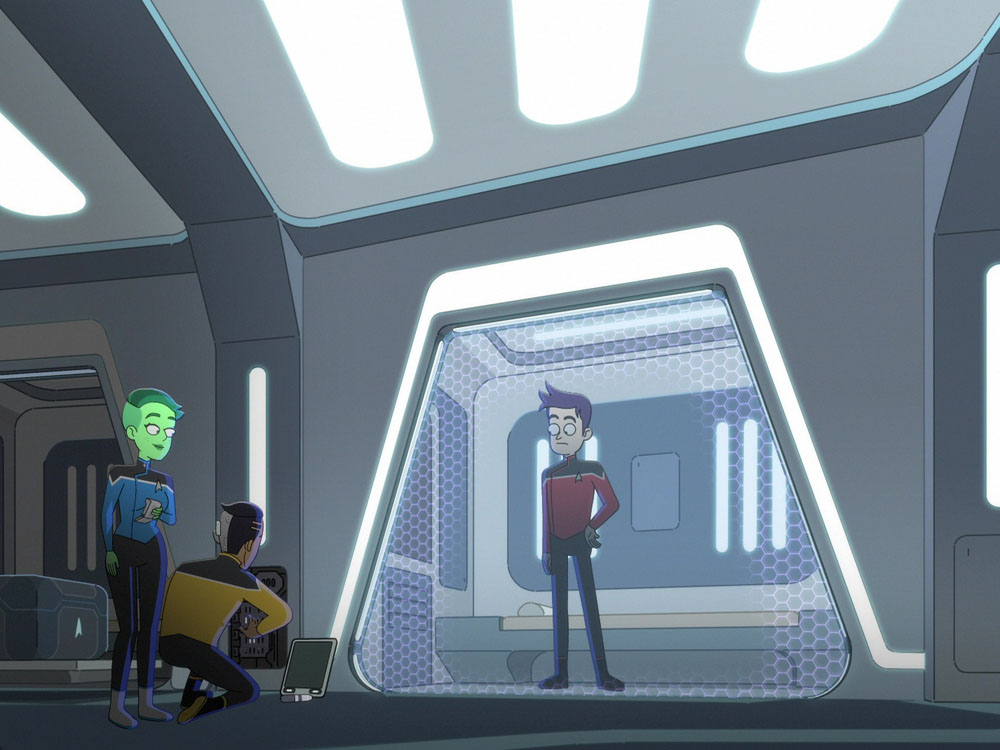 The brig was a detention facility aboard starships and Starfleet shore facilities,[1] which took its name from ancient nautical tradition.[2] On Stardate 1314.2, the U.S.S. Enterprise NCC-1701 crew created a makeshift brig at Delta Vega.[1] In an attempt to contain Charlie Evans, he was locked into the Enterprise brig, but he immediately escaped by using his powers to make the wall disappear.[3]

The brig possessed systems to enable the release of prisoners if continued detention would result in their death. On Stardate 1207.3, Michael Burnham was able to engage these systems when a hull breach caused catastrophic damage to the U.S.S. Shenzhou NCC-1227 brig. With only minutes of air remaining, the computer enabled her release from captivity.[4]