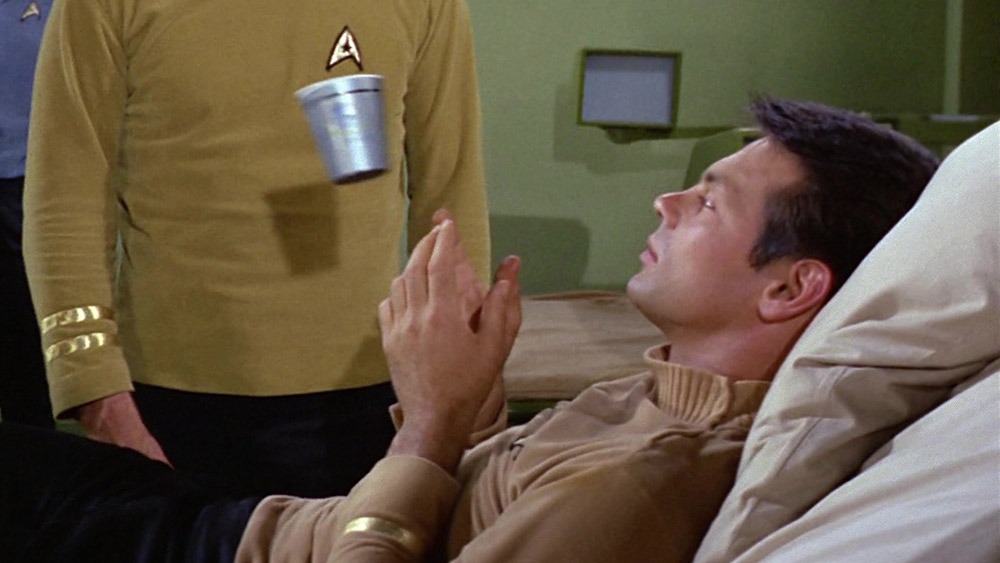 In Humans, extrasensory perception, or ESP, was rare. Most people with ESP abilities, sometimes called "espers," had what Dr. Elizabeth Dehner referred to as "flashes of insight." More rarely, some people displayed abilities such as precognition, pyrokinesis, telekinesis, and telepathy. Several tests were created to measure ESP abilities, including the aperception quotient and the Duke-Heidelberg Quotient. Nearly a dozen individuals aboard the U.S.S. Enterprise NCC-1701 had high ESP ratings at the time of the ship's encounter with the Galactic Barrier on Stardate 1312.4. Contact with the Barrier caused a severe reaction in their brains; nine, including Johanson and Parsons, were killed immediately, while the two with the highest ESP ratings, Gary Mitchell and Elizabeth Dehner, began to mutate and gain godlike abilities.[1]