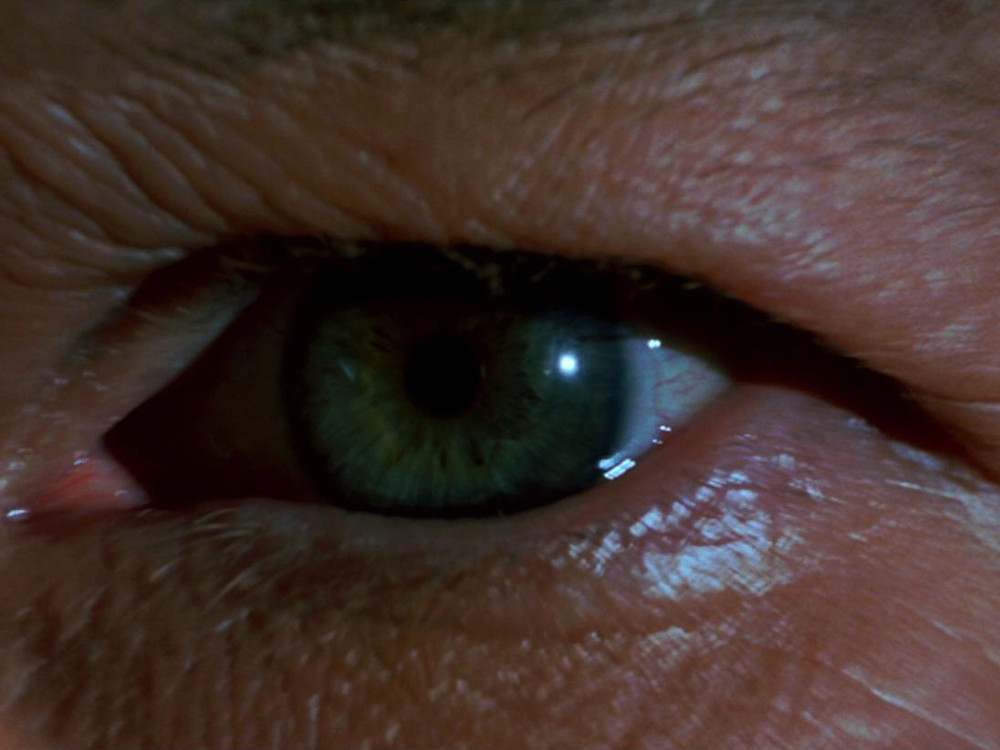 Eyes were the sensory organ adapted to process electromagnetic radiation in the visible spectrum into signals that the brain could interpret.[1] In 2256, Captain Gabriel Lorca was wounded in the destruction of the U.S.S. Buran NCC-1422 during the Klingon War. When doctors discovered that he was no longer able to quickly adapt to sudden changes in light, they attributed this to the wounds he suffered.[2] In reality, however, Lorca was actually a Terran from the Mirror Universe who had replaced his counterpart in the Prime Timeline, and in his native universe, the condition is normal for his species.[3]

In the 24th century, Geordi La Forge was born blind. When he was older, he was fitted with a VISOR, which performed a similar function to organic eyes.[4] In 2371, he replaced the VISOR with artificial implants that more closely resembled organic eyes.[5]