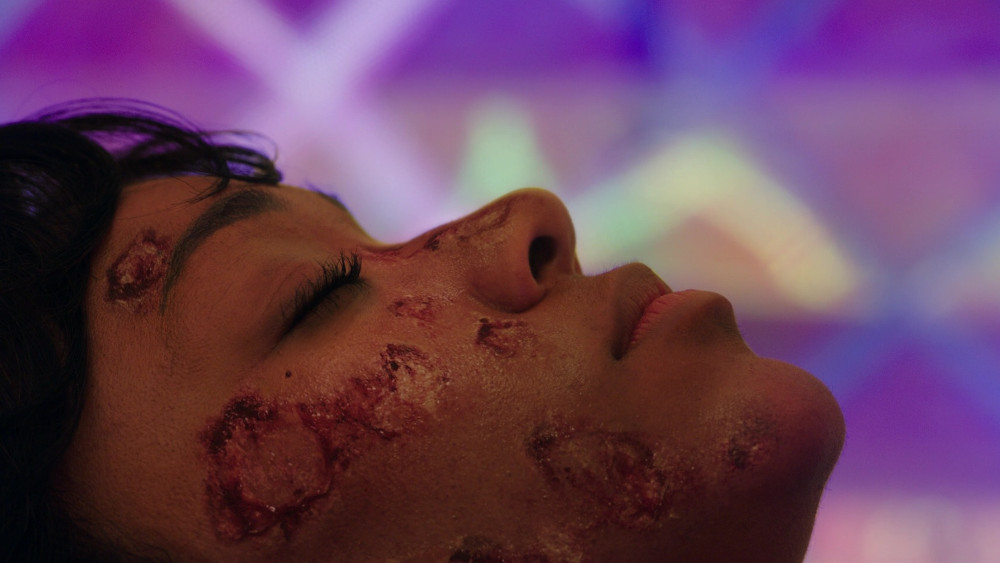 Radiation exposure could have profound effects on living tissue, depending on the type and amount of radiation. Radiation sickness was a consequence of exposure to high doses of radiation, typically from naturally radioactive substances, such as radium, or high-energy electromagnetic sources, such as x-rays. Radiation exposure could, in some circumstances, lead to cancer and other illnesses by damaging the DNA in a cell's nucleus. Radiation sickness was characterized by nausea, vomiting, loss of appetite, diarrhea, fever, and weakness. In extreme cases, internal hemorrhaging due to tissue damage could occur,[1] with more extreme cases causing a person's DNA to "unspool like noodles."[2] Radiation exposure could also burn skin and other tissues, and the burns were treated the same as any other kind of burn. Radiation sickness was typically treated with basic supportive measures, such as fluid replacement and blood transfusions,[1] and in extreme cases, advanced techniques in DNA resequencing.[2]