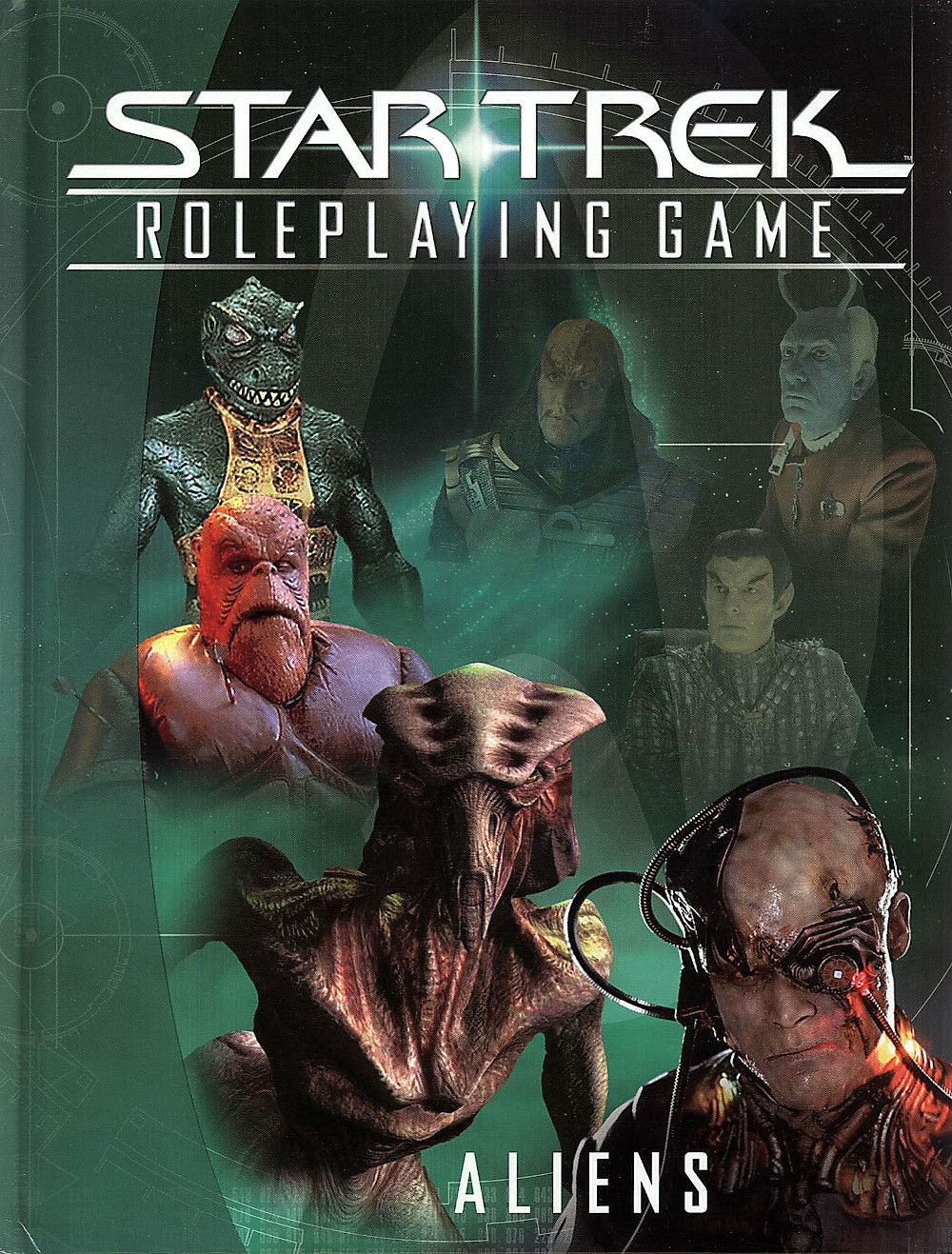 To seek out new life and new civilizations...

The Suliban have infiltrated this book. So have the Gorn. And the Flaxians. And they've brought friends, all complete with full game statistics so you can pit them against one another in your Star Trek RPG series. You can even step into another species' skin thanks to the in-depth treatments of alien culture found in this book — play an El-Aurian, a Founder, or even a Horta! Assimilate your foes as the soulless Borg... From the near-Human to the inscrutably omnipotent, aliens can serve as allies, enemies, enigmas, or obstacles for any crew. Aliens presents all of the information necessary to include many of Star Trek's most popular life forms in your game.

Development and Editing
Jesse Heinig and Ross A. Isaacs