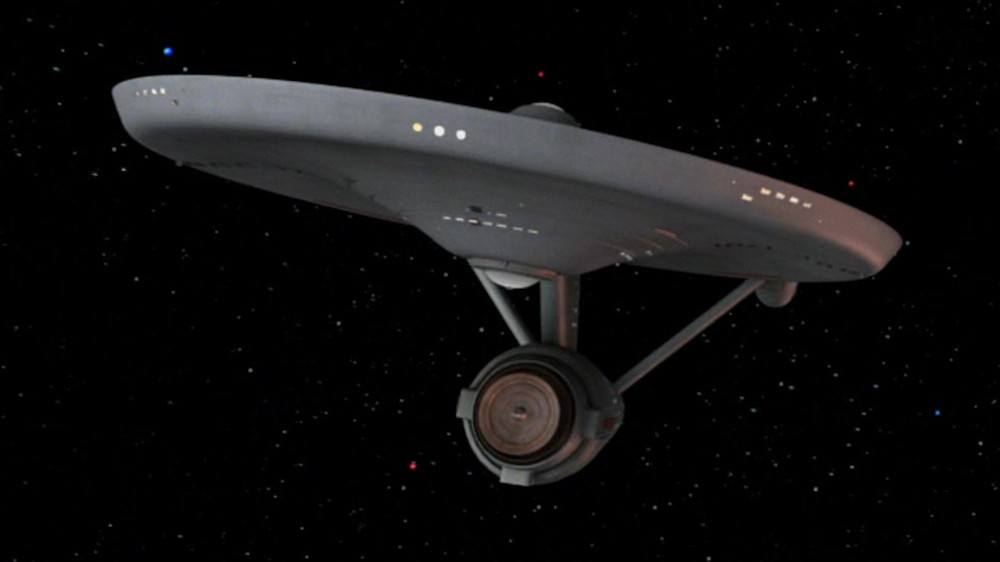 The Imperial Starship Farragut was a Constitution class battlecruiser. In 2254, one of Captain Garth’s early proteges, the young Lieutenant James T. Kirk used his mentor’s influence to arrange an assignment aboard the Farragut, immediately following his graduation from Starfleet Academy. Kirk served aboard the Farragut for three years until 2257, when Captain Garrovick was killed by a mysterious "vampire cloud" creature near Tycho IV after Lieutenant Kirk "hesitated" to fire the ship’s phasers against the creature. Kirk moved up in rank to Lieutenant Commander following the Tycho incident and arranged to be assigned to the I.S.S. Enterprise NCC-1701, under the command of Captain Christopher Pike.[1] 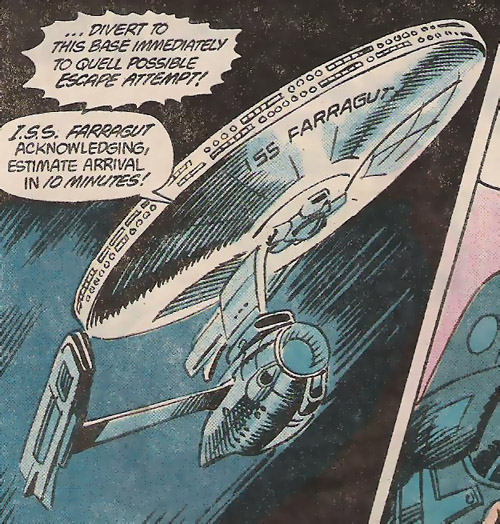 The Imperial Starship Farragut, a Constitution class battlecruiser, was called to Gamma Trianguli XII on Stardate 8221.6 to stop a breakout from a high-security prison instigated by Admiral James T. Kirk and the U.S.S. Excelsior NX-2000 during an attempted invasion of the United Federation of Planets by the Terran Empire. By the time the Farragut arrived, however, the Excelsior had departed the system.[2]