Pieces of You (Decipher)

From Trekipedia
Jump to: navigation, search
Pieces of You 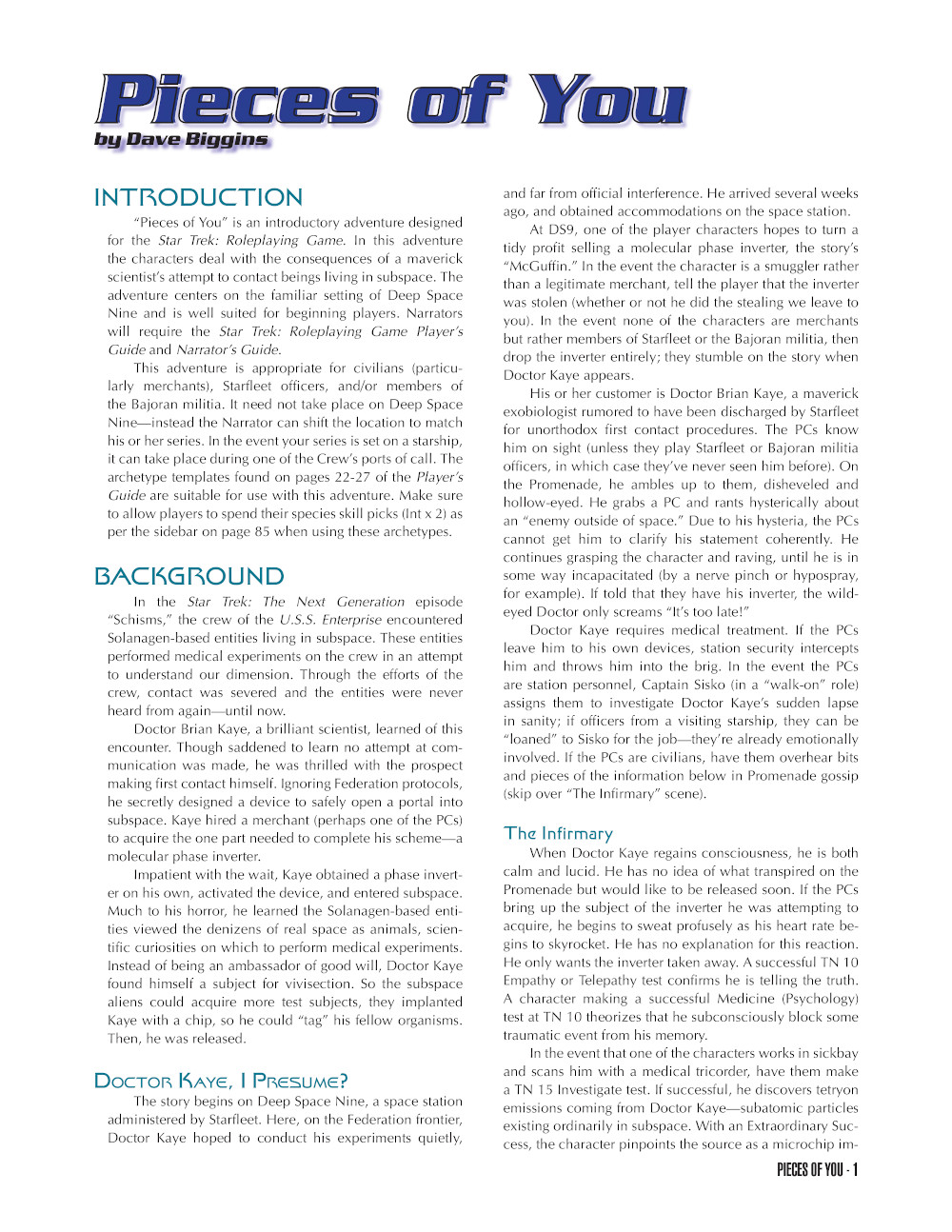 On Stardate 46154.2, the crew of the U.S.S. Enterprise encountered Solanagen-based entities living in subspace. These entities performed medical experiments on the crew in an attempt to understand our dimension. Through the efforts of the crew, contact was severed and the entities were never heard from again — until now.

Doctor Brian Kaye, a brilliant scientist, learned of this encounter. Though saddened to learn no attempt at communication was made, he was thrilled with the prospect making first contact himself. Ignoring Federation protocols, he secretly designed a device to safely open a portal into subspace. Kaye hired a merchant to acquire the one part needed to complete his scheme — a molecular phase inverter.

Impatient with the wait, Kaye obtained a phase inverter on his own, activated the device, and entered subspace. Much to his horror, he learned the Solanagen-based entities viewed the denizens of real space as animals, scientific curiosities on which to perform medical experiments. Instead of being an ambassador of good will, Doctor Kaye found himself a subject for vivisection. So the subspace aliens could acquire more test subjects, they implanted Kaye with a chip, so he could "tag" his fellow organisms. Then, he was released.

The crew must deal with the consequences of a maverick scientist's attempt to contact beings living in subspace.