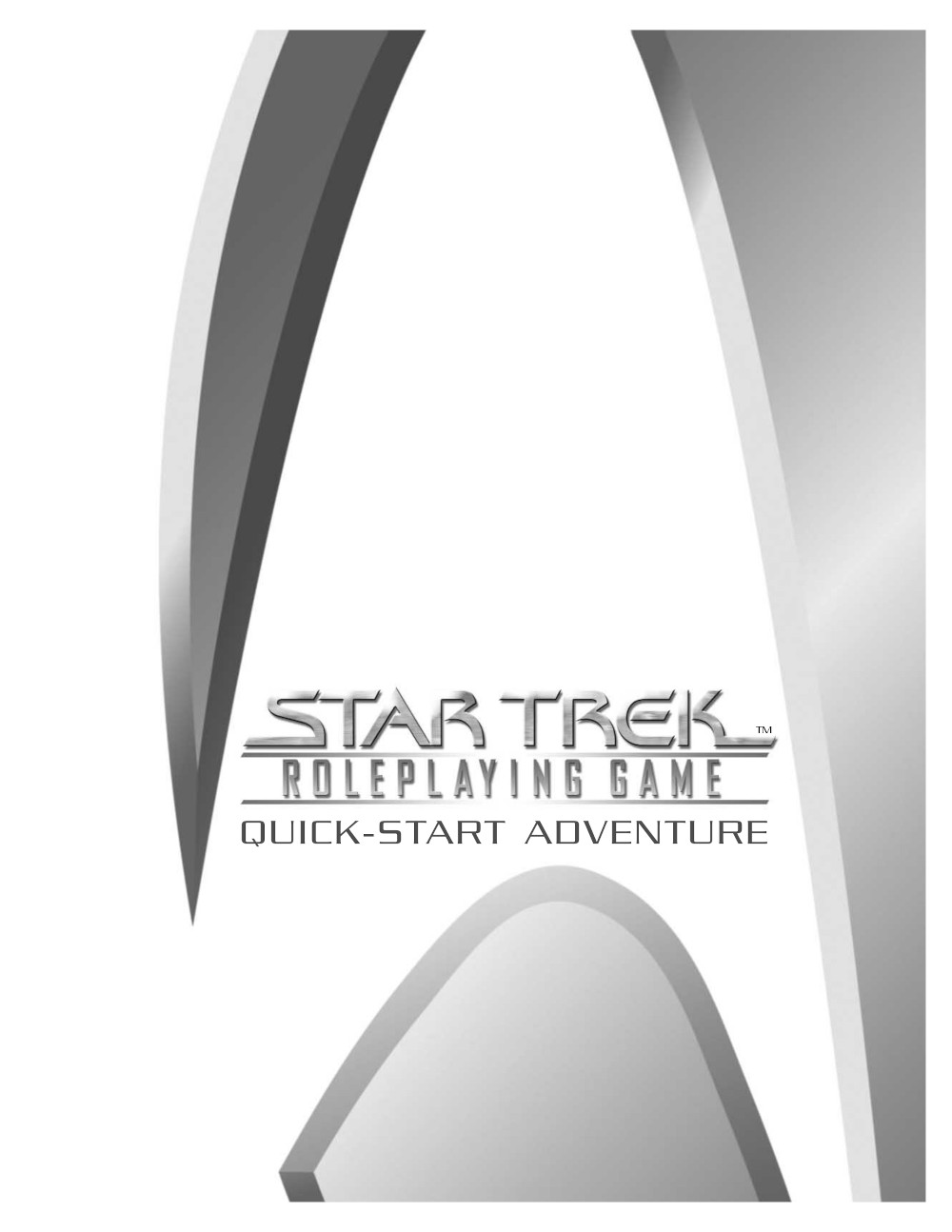 The Fast Play rules themselves cover concepts that are important to understanding how the game works, and they are just detailed enough to get you through the adventure module.

Next, you will find 3 pre-fabricated, beginning-level characters designed for use with "Ordeal on Gamma Elster IV." Each requires a little bit of customization before they are ready for play — just enough to give you a taste of the character creation process.

You're never supposed to run into any trouble on these resupply missions. There are friendlies already on the ground; you just contact them from orbit, send down an away team to assure them you're for real: "Doctor Livingston, I presume?" and all that. Then beam down their supplies, accept their deepest thanks, and off you go. It doesn't always go that smoothly, but you don't expect to run into anything like this...

In 2371, in the relatively quiet days before the Dominion make their unholy alliance with the Cardassian Union and unleash the full fury of war against the Federation, the U.S.S. Olympia (a Nebula class starship) stops at Gamma Elster IV to check in on the UFP research station. These scientists have been there for less than a year, but they need supplies and their mission is important enough to warrant Starfleet keeping an eye on them. They are there to follow up on initial survey data suggesting that flora native to the planet secrete chemicals that might prove useful in treating Terellian Death Syndrome. It was a bit of a gamble sending an unarmed research team into the unknown like this, but the stakes were high enough to justify it: a cure for this terrible disease would be a boon for the entire Federation.

This is where the crew comes in. No matter which combination of preset characters is participating, all three of them beam down to the planet as part of the six-member away team. The Olympia's Executive Officer, Chief Engineer and another Security Officer round out the team.

The away team materializes in a small clearing in the middle of the settlement. A well-kept jumble of prefabricated structures surrounds them. That much they expected from their mission briefing. But they did not expect to land in the midst of a din of disruptor rifle fire punctuated by shouted commands and cries of fear, agony, and the exaltation of battle—not nearly all of them Human. They see flashes all around them — they seem to come from everywhere at once — and blurs of motion. Several Humans in white jumpers lie still on the ground, with conspicuous scorch marks on their bodies. Then, about a dozen figures resolve themselves: thickly set humanoids with scaly gray skin, heads capped by a bony crown. They are wearing gray military uniforms with a tube that leads from the high, tight collar to just above the left breast. They're Jem'Hadar! They’re too close for you to feel comfortable about it, and they’re getting closer.

Operating on instinct, the away team draws their phasers and opens fire. Then the Executive Officer yells for everyone to take cover. But where? They’ve beamed down in the middle of a clearing. While the rest of the away team scatters, the characters spot the nearest doorway and make for it. It’s unlocked. They waste no time and duck inside....