From Trekipedia
Jump to: navigation, search
We Are the Stars...STA Living Campaign (2371)The Displaced
The Assessor Gambit 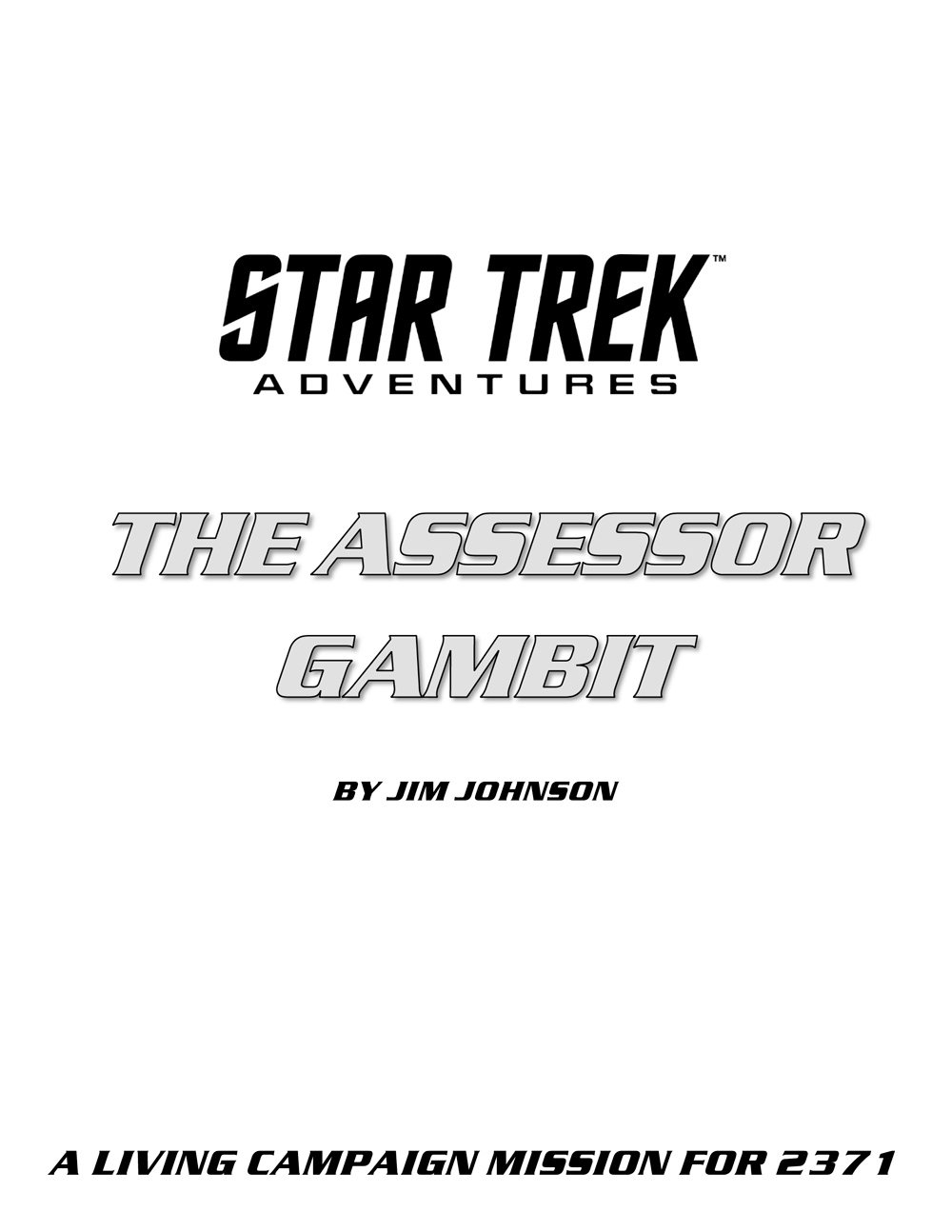 Cover
Captain's Log
Stardate 48942.6: We've been recalled to Narendra Station, where Admiral Hebert has called me and my senior staff in for a major scientific briefing. The fact the other captains and staffs assigned to the Expanse are here too doesn’t bode well. Someone's figured out how to put together some of the puzzle pieces we've found over the last several months. I'm deeply curious to see what the picture looks like, though I have to admit to a certain level of dreadful anticipation as well.

The crew joins in a scientific and strategic meeting held aboard Narendra Station. At this briefing, they begin to see the bigger picture of the strange goings-on within the Expanse and how alien technology and artifacts are related to the revelation of something called the Tilikaal. The crew will investigate the disappearance of Federation sensor probes, and then run afoul of a Romulan landing party on a massive Class-M world teeming with ancient power. The crew will have the opportunity to encounter a new alien character, who is as mysterious as anything else they've yet encountered.

We Are the Stars...STA Living Campaign (2371)The Displaced
Retrieved from "http://trekipedia.com/mw/index.php?title=The_Assessor_Gambit_(STA)&oldid=39570"
Categories:
Edit ‌