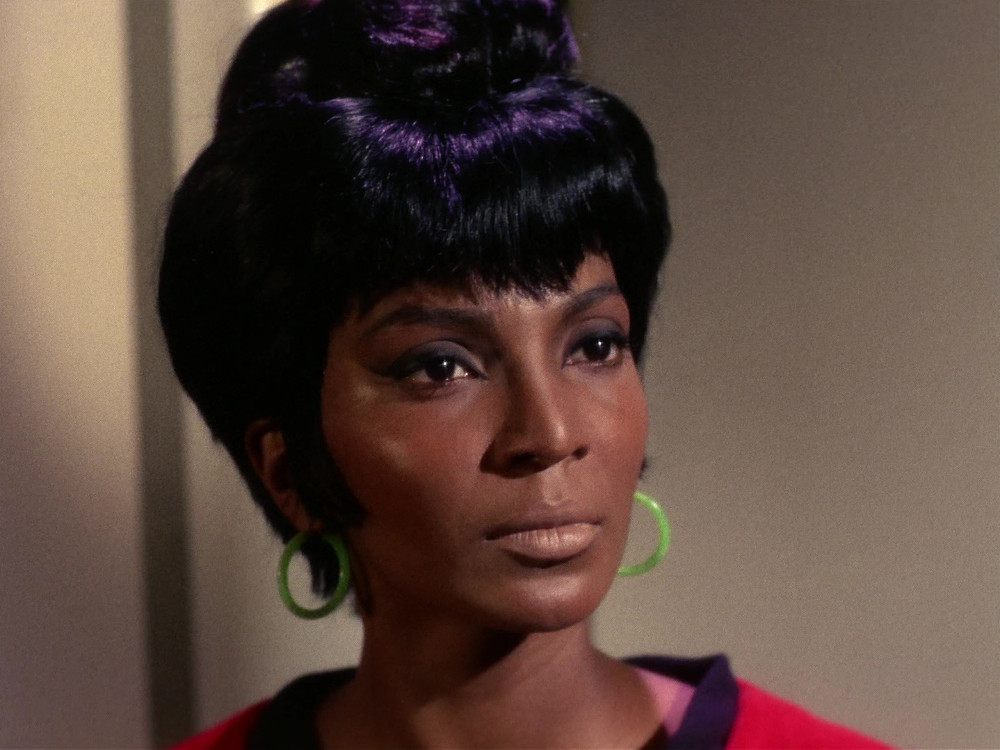 At the age of 17, Uhura was already a student at the University of California, Irvine when she was accepted to Star Fleet Academy. Upon her graduation, she was assigned to the transport ship U.S.S. Elst Weinstein NCC-6005 as an assistant communications officer. Following that, she was transferred to the Saladin class destroyer U.S.S. Azrael NCC-517 as a communications officer.[1]

In 2205, the Azrael was in dock at Earth for a refit, which included the installation of new phasers.[12] During this time, Uhura became involved with a soldier from her home country, Jomo Murambi, whom she met while on leave. Although the relationship became serious enough that Uhura considered leaving Star Fleet, Murambi was killed in an incident with a Somali separatist group.[1]

Uhura transferred to the Constitution class heavy cruiser U.S.S. Enterprise NCC-1701 in 2207, where she served as Chief Communications Officer during that vessel's famous five-year mission.[4]