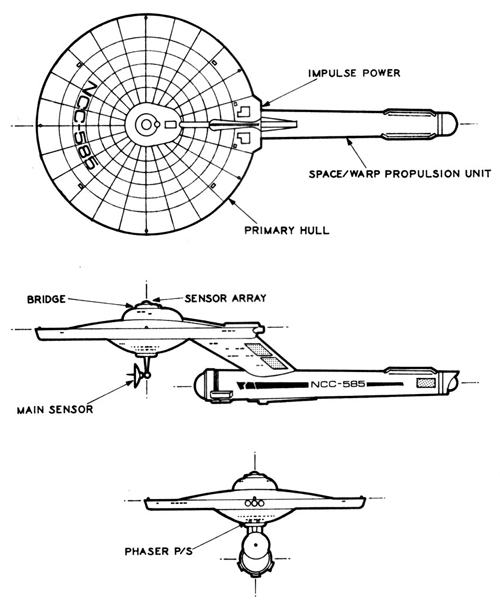 The Hermes class scout was authorized for production by the Star Fleet Appropriation of Stardate 0965,[1] and entered service on Reference Stardate 1/8512 (December 2185). An increased emphasis on larger survey vessels, as well as manufacturing delays, curtailed production, and only 15 scouts were built.[2]

The Star Fleet Appropriation of Stardate 3669 authorized the production of 16 scouts of the Monoceros class variant, beginning with the U.S.S. Monoceros NCC-601,[1] commissioned on Reference Stardate 1/8906 (June 2189).[2]

The Star Fleet Appropriation of Stardate 5099 authorized the production of nine vessels of the Cygnus class variant, which were specially outfitted for regular duty as command and diplomatic couriers, beginning with the U.S.S. Cygnus NCC-617,[1] commissioned on Reference Stardate 1/9203 (March 2192). The class saw extensive service throughout the Four Years War, and the Cygnus class served as battle fleet operations centers throughout the war.[2]