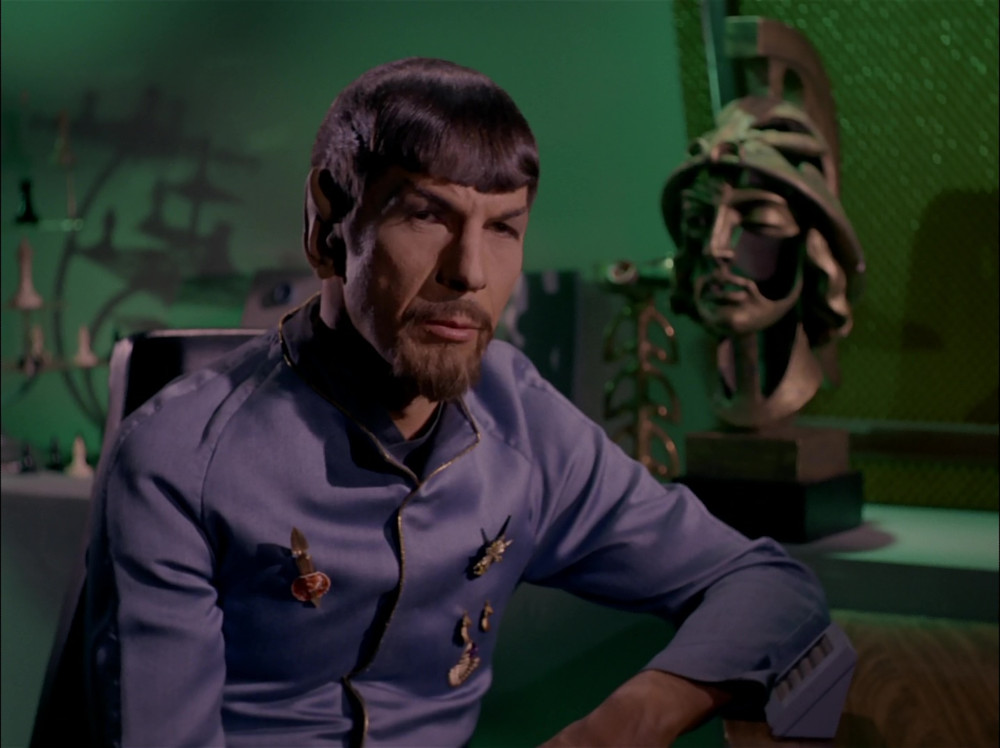 The son of Sarek and Amanda Grayson,[1] Spock served as a science officer aboard the I.S.S. Enterprise NCC-1701 from 2254 through 2265 under Captain Pike. In 2265, Commander James T. Kirk assassinated Pike, becoming captain of the Enterprise. Spock became first officer.[2]

In 2267, Spock encountered Captain James T. Kirk and Doctor Leonard McCoy from another universe when they briefly switched places with the Kirk and McCoy of Spock's universe. Following a mind meld with McCoy in which Spock learned of the pair's true nature, Kirk challenged Spock to confront the illogic of the Terran Empire and become a force for change.[2]

By 2370, Kirk and Spock’s names were well known to Kira Nerys, the Intendant of Bajor in the Klingon-Cardassian Alliance. Following the fall of the Terran Empire to the Alliance, Spock, who had risen to become the Emperor, was driven from power and presumably killed.[3]