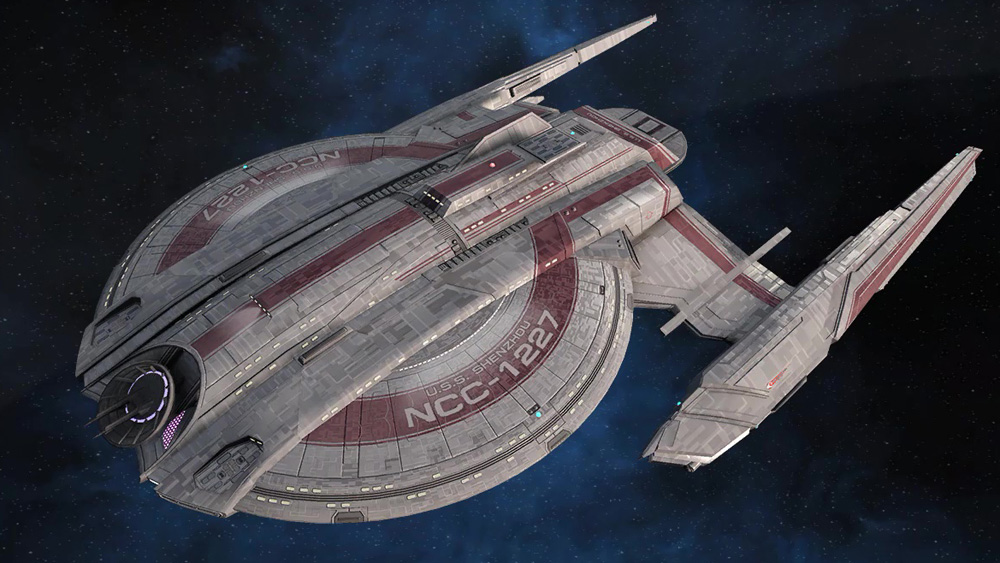 The Federation Starship Shenzhou, a Walker class vessel, was commanded by Captain Philippa Georgiou in the mid-23rd century.[1] The Shenzhou was the first vessel on site for a renewed contact with the Klingon Empire in 2256, and took point in what later became known as the Battle of the Binary Stars, the first battle of the Federation-Klingon War.[2] Georgiou was killed during the battle, and the Shenzhou was critically damaged. The surviving crew abandoned ship, while the ship itself was left adrift, as salvage operations were unable to begin in the early months of the war.[3] 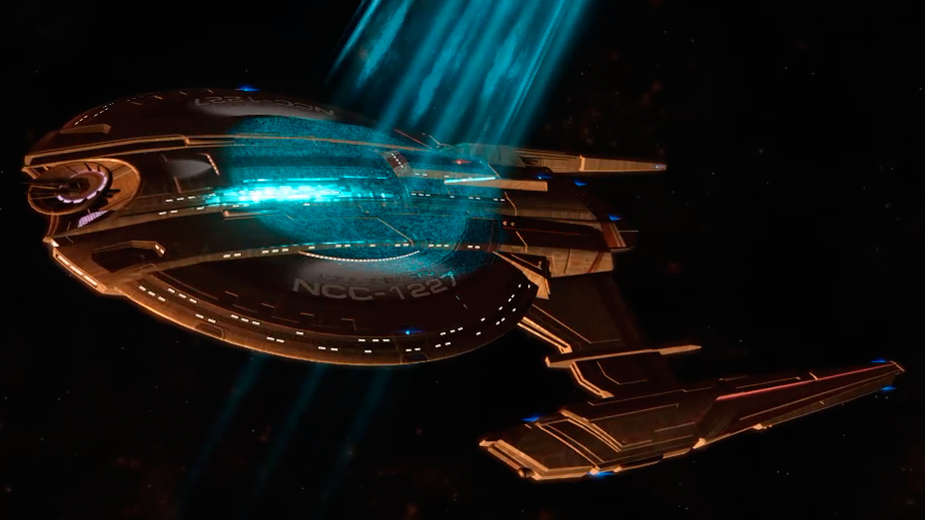