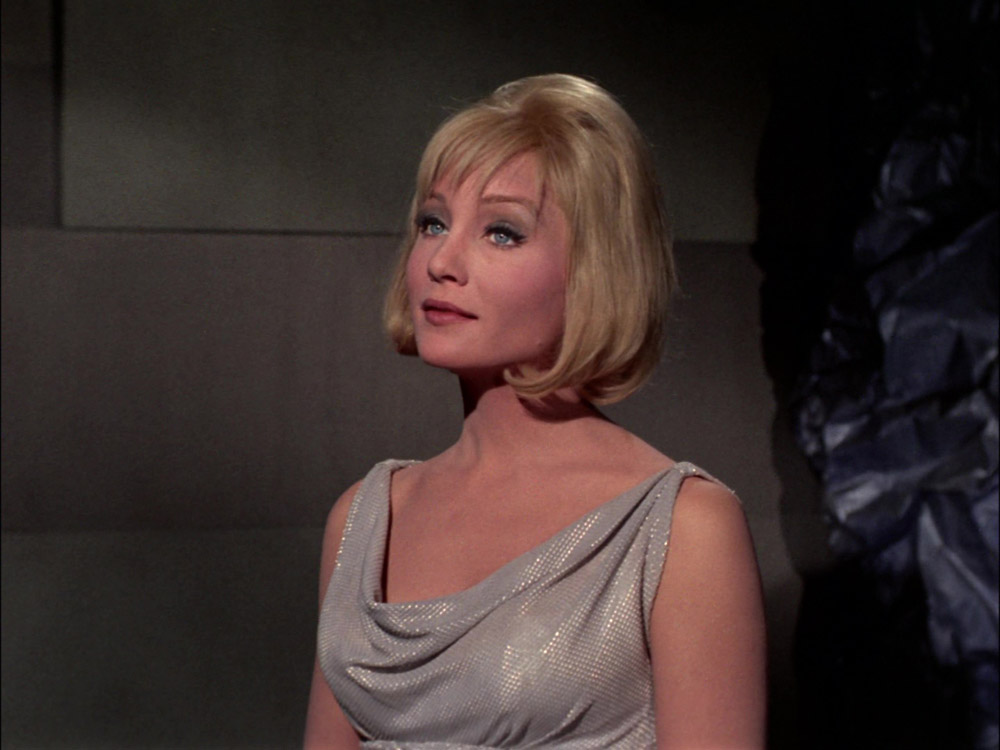 Vina was a crew member aboard the S.S. Columbia, a research vessel chartered by the American Continent Institute, which crashed on Talos IV in 2178. The sole survivor of the crash, her wounds were healed by the Talosians, but as they had never seen a Human before and no guide to follow, while "everything work[ed]," she was nevertheless left deformed and horribly scarred. Through their telepathic power of illusion, the Talosians gave her an illusion of what she had once looked like.[1]

In 2196, the Talosians lured the U.S.S. Enterprise NCC-1701 to their planet, hoping to capture more Human specimens in an effort to repopulate their barren world. Vina selected Captain Christopher Pike, and the Talosians forced them into situations in an attempt to create a bond between them. Pike resisted, and before long, the Talosians realized that Humans were not suitable for their needs. The Talosians released Pike, but Vina chose to stay.[1]

When Pike was critically injured in a training accident in 2207, the Talosians coordinated with his former science officer, Lieutenant Commander Spock, now first officer of the Enterprise under Captain James T. Kirk, on a daring plan to return Pike to Talos IV, where, with their powers of illusion, he and Vina could live a full life, despite their conditions.[2][3]