From Trekipedia
(Redirected from phaser)
Jump to: navigation, search
phaser 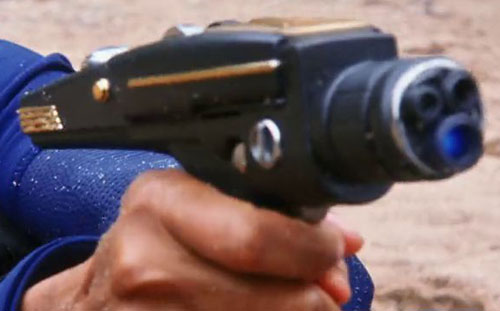 On Stardate 1512.1, during a tense First Contact with the First Federation, Yeoman Janice Rand used a hand phaser to heat a pot of coffee. The boarding party sent to the Fesarius also carried Type 1 hand phasers.[1] 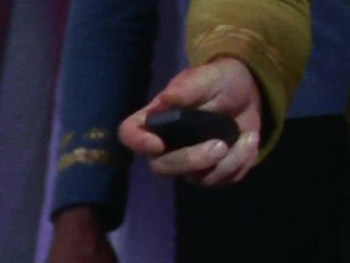 The crew of the U.S.S. Enterprise NCC-1701 used hand phasers[2] during an attempt to rescue Captain Christopher Pike from the Talosians in 2254.[3] On Stardate 1672.1, Lieutenant Sulu used a phaser to heat rocks in order to provide warmth in the subzero temperatures of planet Alfa 177.[4]

The Type 3 phaser rifle was a more robust and powerful version of the phaser for individual use. When Lieutenant Commander Gary Mitchell was mutating after exposure to the Galactic Barrier, Lieutenant Commander Spock had a phaser rifle beamed down to his location; Captain Kirk ultimately used the weapon against Mitchell, but by that point he had grown too powerful, and it had little effect.[5]

The crew of the U.S.S. Enterprise NCC-1701 used a phaser cannon[2] during an attempt to rescue Captain Christopher Pike from the Talosians in 2254. The cannon successfully destroyed the entrance to their underground facility, but the Talosians' telepathic abilities rendered the Enterprise crew unable to perceive the damage that had been done.[3] 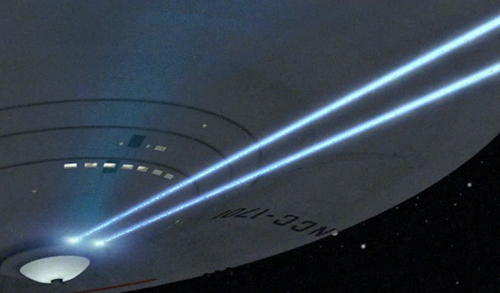 According to Lieutenant Tyler in 2254, the phasers[2] aboard the U.S.S. Enterprise NCC-1701 had "enough power to blast half a continent."[3]