From Trekipedia
Jump to: navigation, search
STA Living Campaign (2371)Doomed to Repeat the Past
Decision Point 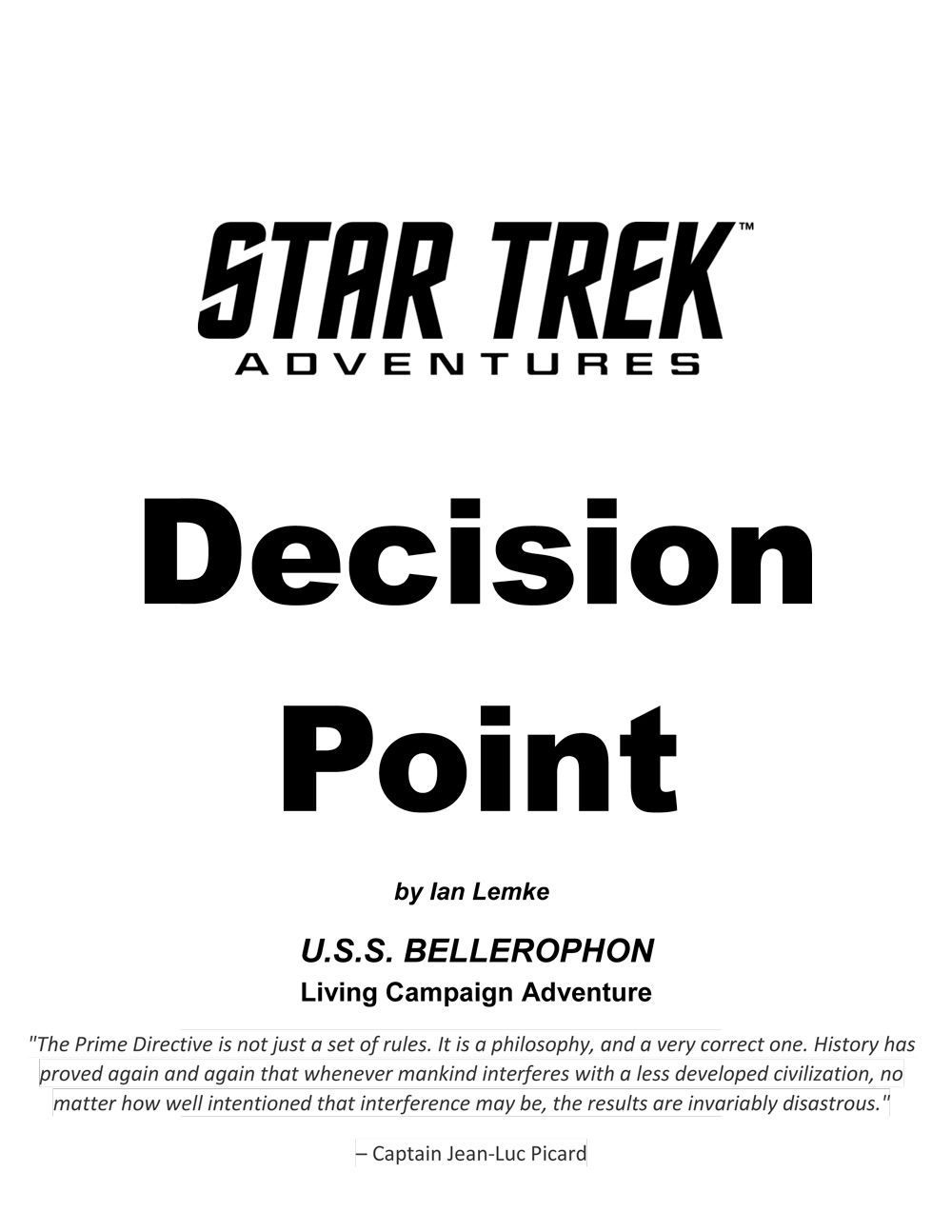 The characters are part of a rescue mission to locate the S.S. Tesla, a civilian science vessel that has gone missing while investigating spatial anomalies in a particularly unstable region of the Shackleton Expanse. The crew tracks the missing ship to the Orgun system which, remarkably, has two Class M worlds, both protected by the Prime Directive. The Tesla crash-landed in a remote wilderness area of Orgun III. The planet is suffering from geological upheaval, as well as atmospheric electromagnetic interference, forcing an away team to take a shuttle to the surface to investigate.

Once on the surface, the crew learns that the scientists have already contacted the natives of the planet and revealed the existence of the Federation. A recovery team from the local planetary government arrives and offers to take the crew to the scientists.

The scientists inform the crew that the planet is in dire straits (the planet is suffering an apparently natural geologic disaster that will destroy the planet in a matter of few weeks). In defiance of the Prime Directive (which doesn’t technically cover civilians) the scientists have already started helping the people of Orgun III, a lemur-like species that call themselves the Lormeans, come up with a plan for planetary evacuation to Orgun II. This could cause a massive upheaval for the residents of Orgun II since its people are a different species with a much lower tech level.

The scientists (and the Lormean planetary government) implore the away team to assist them in coming up with an evacuation plan. Working together, they could drastically increase the numbers of survivors. The crew also discovers a massive energy surge coming from somewhere deep beneath the planet’s surface. Perhaps this is the cause of the planetary upheaval? The expedition to locate the energy source uncovers a malfunctioning ancient machine. Lormeans some time, but the fate of the planet is sealed. Will the crew help the scientists evacuate the Lormeans to Orgun II, or do they stick to the letter of the Prime Directive and leave the Lormeans to their fate?