Doomed to Repeat the Past (STA) 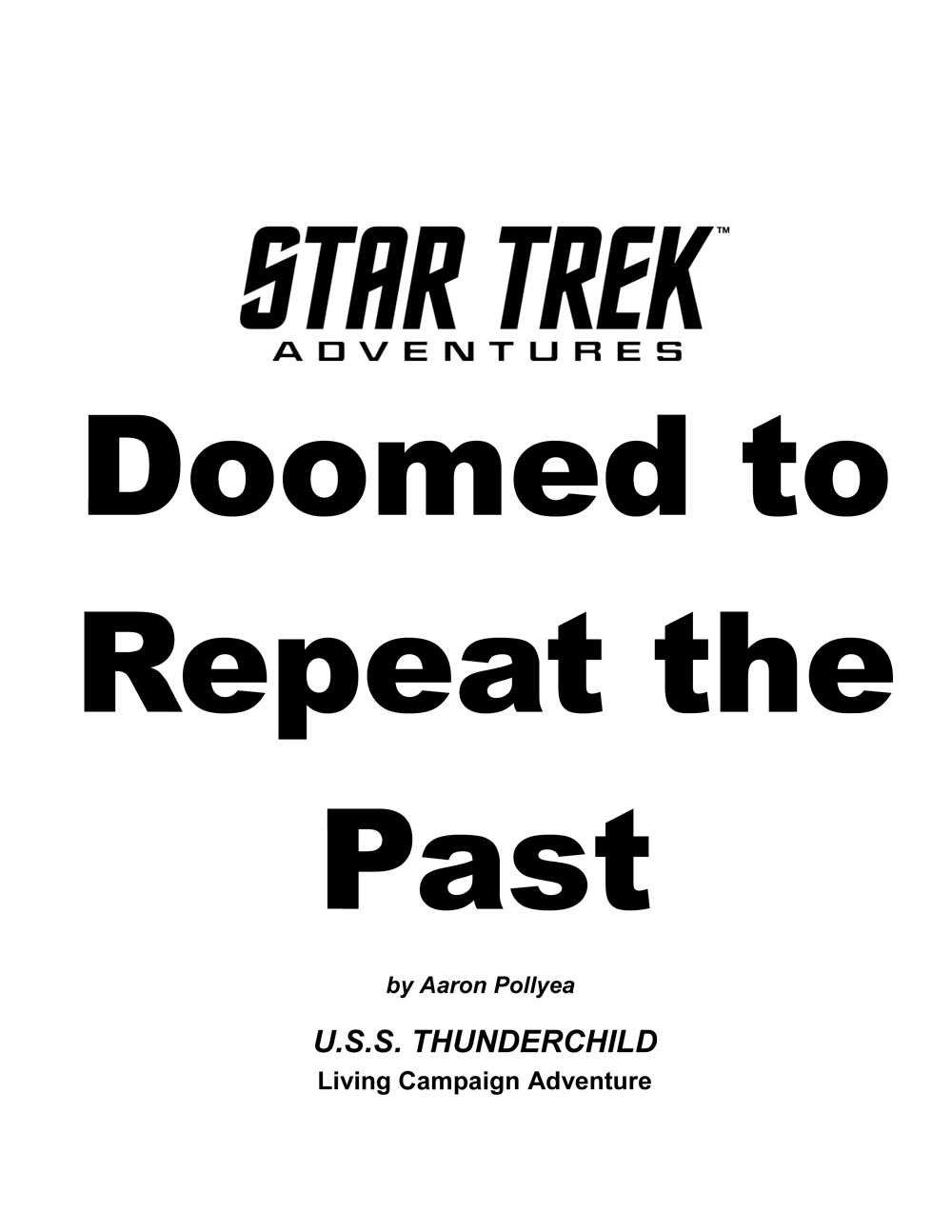 Cover
Captain's Log
Stardate 48522.4: The Thunderchild has been ordered to divert course and rendezvous with an unregistered Federation craft in orbit of a Klingon colony world and to expect a squadron of the Klingon Defense Force to also be in orbit, possibly from the 'quvHa,' dishonored Klingon warriors striving to regain their honor. Starfleet has been very quiet about exactly what's going on, but we've been picking up civilian broadcasts from our destination talking about a plague and widespread mental illness across the entire population. Starfleet has a long history of providing aid to worlds suffering from new illnesses, so there must be something else going on here that I'm not cleared for.

Starfleet has received a backchannel communique from the Klingon Empire requesting aid for a plague that had been thought dead for centuries: the Augment Virus. Starfleet has deployed the U.S.S. Thunderchild to the B'el'th paH star system just within the Shackleton Expanse in an attempt to provide humanitarian relief and bring what the Federation knows about the centuries-old (and highly secret) virus, its origins, and its cure.

Difficulties abound as the secrecy surrounding the virus makes it difficult to recreate the steps taken to develop the cure as done by Dr. Phlox of Enterprise NX-01 and the Interspecies Medical Exchange in 2154. Furthermore, the virus seems to have mutated, and instead of affecting only Klingons, it seems to be infecting all humanoids, and more importantly, is extremely lethal, dissolving cartilage and bone structures.

The players find that the original cure as developed in the 22nd century seems to cause the virus to undergo rapid replication and kill the host in minutes through dissolution of the cardiovascular system (i.e., their heart and lungs turn into liquid).

Will the hard-working medical personnel of Starfleet be able to help the Empire defeat this centuries-old scourge?