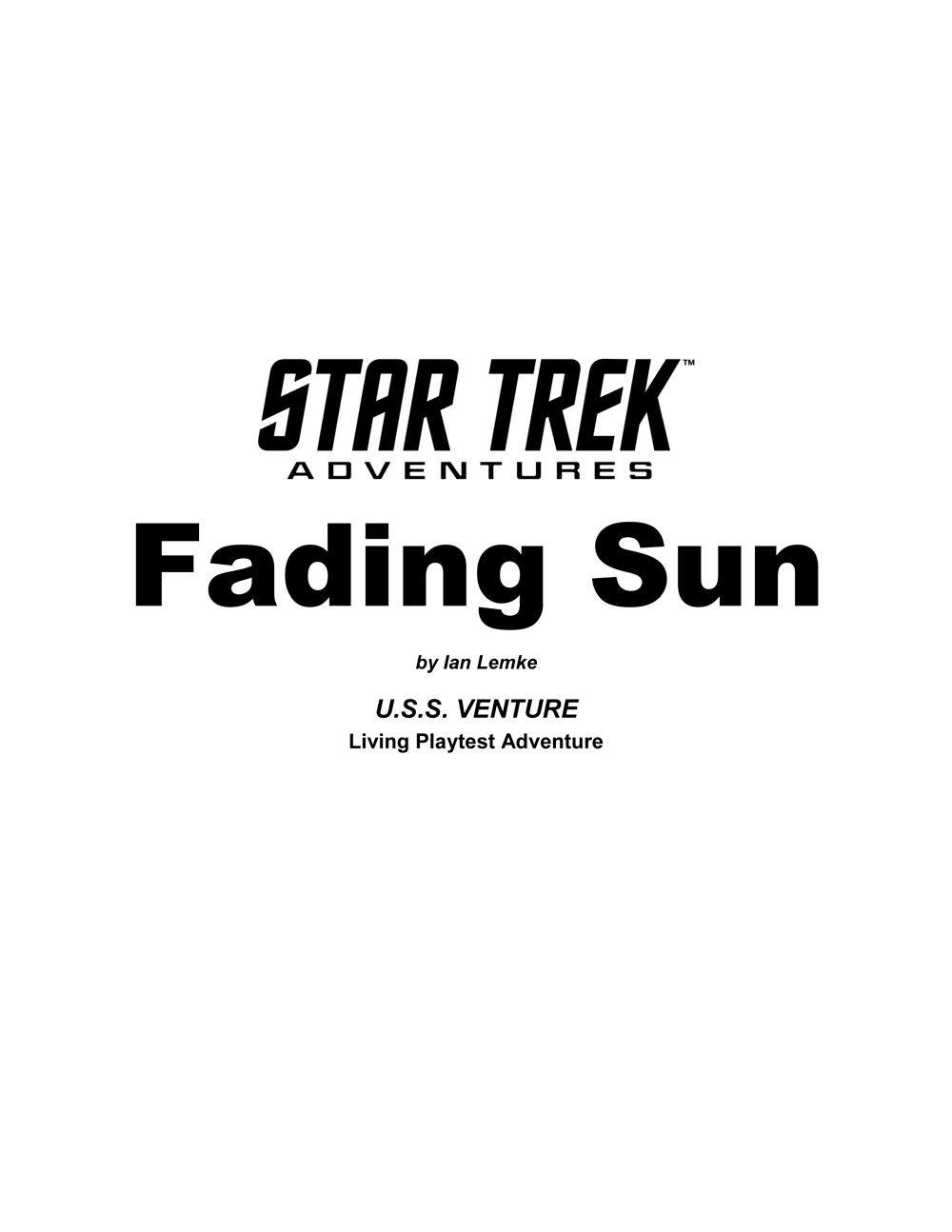 The Venture is delivering scientific equipment to Epsilon 19, a scientific research station in the Osarin system, deep in the Shackleton Expanse. The star of the Osarin system is collapsing at an unusual rate and is mysteriously emitting triolic waves of increasing strength. Epsilon 19 was constructed to monitor the star and determine the reason for its rapid decay, as well as find the source of the triolic radiation.

The ship drops off the away team and then departs the station to conduct detailed scans of the Osarin star. The away team is invited to dine with the commander of the station, Commander Erich Johansson. They may be surprised to see that an Orion captain, Paja Tajenko, is also present at dinner. Shortly after dinner, massive explosions rock Epsilon 19, and the station experiences system-wide difficulties. The away team finds it impossible to communicate with their ship and quickly learn that a massive power surge destroyed the station’s bridge and its command crew. This leaves the away team as the highest-ranking officers left on the station.

Exploring the damaged station, they discover that the station’s fusion reactor is rapidly losing power, and all electrical devices are functioning erratically. They only have a matter of hours to figure out what is draining the station's power and keep everyone from suffocating in the icy vacuum of space.

After conducting some research, the away team discovers that the cause of the sun dying is that its energy is being consumed by a cluster of cosmozoan life-forms, quickly dubbed “energy vampires” by the station’s scientists, that are feeding on the energy of the star. The triolic radiation is a byproduct of the entities feeding on the star. The star’s imminent collapse has triggered the creatures to spawn, and the spawn are now capable of leaving the star to go out into space and find their own stars to feed upon. They were undetectable because they exist out of phase with other beings. It is only the spawning that has caused them to become visible for a short period of time. Several of the spawn have been drawn to the station’s fusion reactor, which they consider a viable food source. The away team must either find a way to kill the entities or draw them away from the station before the power is drained.