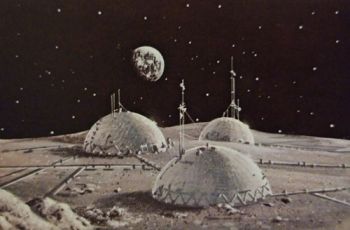 Established on Reference Stardate -19704.18 (18 April 1997), Goddard Moonbase was the first permanent base on the moon, and was jointly funded by the United States of America and Japan. This marked the rededication of humanity to space exploration as part of the rebuilding following the Eugenics Wars.[1] Goddard Moonbase, the first large-scale international space project, initially provided accommodations for 70 in the fields of space research and industry.[2]