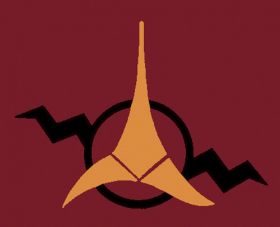 The IKS was a small but thriving governmental unit in the Triangle that claimed to be the rightful Klingon Imperial government in exile. Admiral Kamato and his political allies founded this group of worlds on Reference Stardate 1/9709.1 (1 September 2197)[1] after a failed coup forced them to flee the Empire. The independent government of the IKS operated along the lines of the Klingon Empire, but on a far smaller scale. It had trade agreements with a number of UFP allies, but no major power recognized it as the legitimate Klingon government.[2]