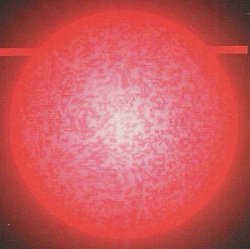 NGC-994 was located in an extreme forward quadrant of Federation space, and was orbited by seven (formerly eight) planets. By the late 23rd century, the star was in the latter stages of its post-expansion development,[2] and was classified as Type M6V,[3] or a "red dwarf." According to stereoscopic mass analysis, the star's output was expected to continue to weaken for roughly 8.5 million years.[2]

Aleriad, the fourth planet in the system, was the only Class M planet, although the sixth planet, Eruna, showed signs of once being within Class M paramaters. The fifth planet, known as Azheril by the Alerians, was torn apart in the mid-23rd century by Eruna's gravitational field when the two worlds passed within 750,000 kilometers of one another. There were only five other planetary bodies in the system, none of which had any satellites.[2]

First surveyed by the U.S.S. Drake NCC-541 on Stardate 4740, the debris from Azheril was found to be on a steep elliptical orbit around its parent star that took it on a collision course with Aleriad; the U.S.S. Enterprise NCC-1701 was sent to lead a task force to make first contact and save as many Alerians as possible.[2]

The region was frequented by Orion privateers in the 23rd century.[2]