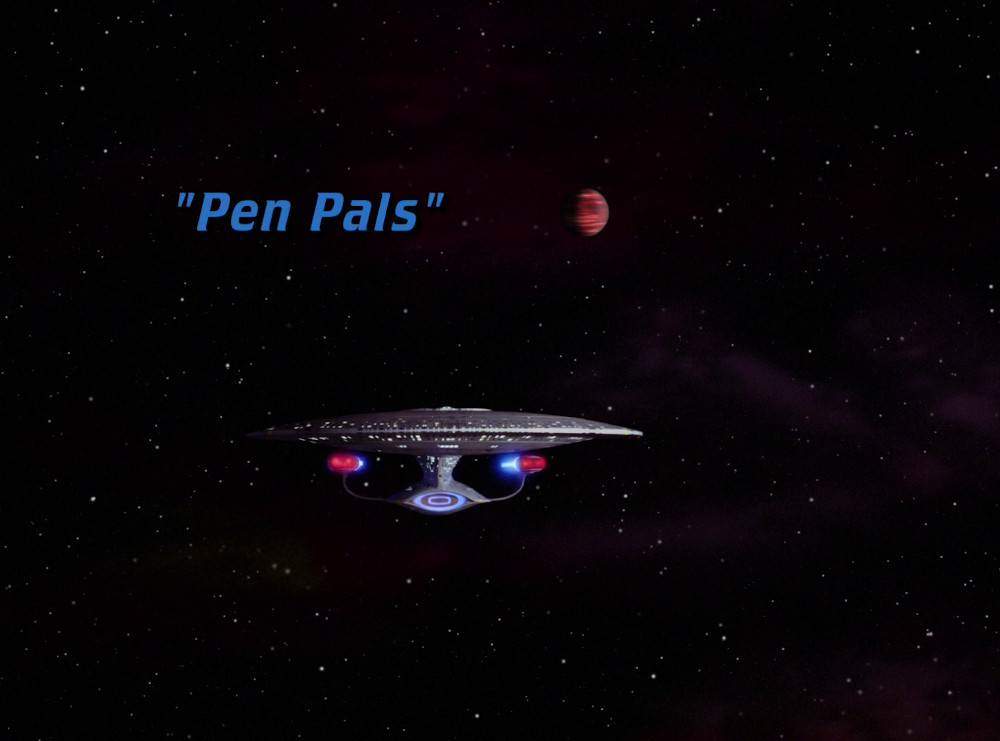 The Enterprise command staff decides it is time to give Wesley Crusher a real test of responsibility: oversight of a team checking into dangerous geological events in the Selcundi Drema system. As the acting ensign seeks advice in picking and leading his team of older subordinates, a member balks at running a lengthy test that Crusher feels is necessary. After soul-searching and a pep talk from Riker, Crusher gets the test run with no problem. Meanwhile, Data interrupts Picard's holodeck horseback ride to admit he has contacted a young girl on one of the unsafe worlds, Drema IV.

Although he wanted only to reassure the girl after picking up her lonely broadcasts for help when her world became unstable, Data is now concerned — and Picard agrees — that his contact may have violated the Prime Directive. After a lively staff debate on the issue, Picard agrees to let Data bring the young girl, Sarjenka, aboard as Crusher's team tries to reverse the volcanic stresses that are about to wreck the planet. Standing next to Data, Sarjenka watches from the bridge as the plan works and Crusher's team celebrates. Picard then orders Pulaski to "wipe" Sarjenka's short-term memory, and when Data takes her home, she remembers nothing of her "pen pal" or of the ship that saved her.