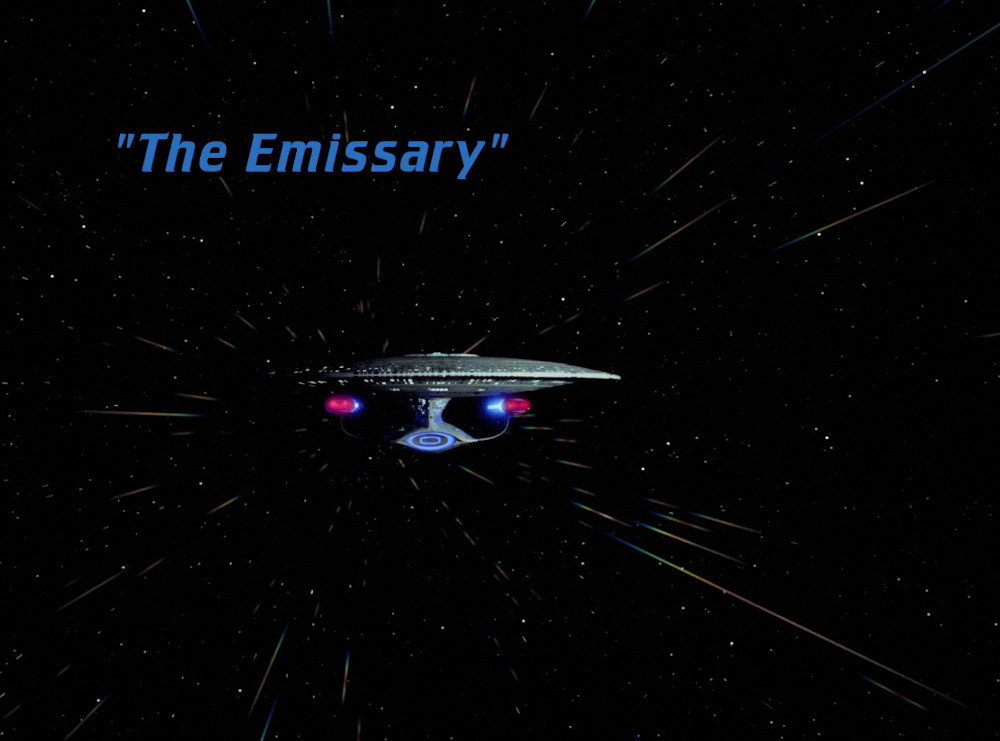 Sent to assist the Enterprise in stopping a pre-alliance Klingon sleeper ship that could awaken to prey upon helpless Federation worlds is a special envoy from the Klingon Empire — a half-Human, half-Klingon woman named K'Ehleyr, whose advice to destroy the ship is flatly rejected by Captain Picard. K'Ehleyr turns out to be a former lover of Worf's, who resists her playful advances, finally revealing his pent-up feelings left over from their last parting. Later, she tries out Worf's holodeck combat program to relieve her mounting stress. Finding her there and joining in the fight, a battle-roused Worf grabs K'Ehleyr and they consummate their passion.

The couple's newfound intimacy is shattered, however, when K'Ehleyr storms out after refusing Worf's traditional Klingon marriage proposal. Her original mission finally brings the two back together. The cruiser's crew awakens before being intercepted, and Picard lets Worf and K'Ehleyr masquerade as the Enterprise's commanders. Worf doesn't blink in the ensuing standoff and pulls off the ruse, winning kudos from his captain. Seeing K'Ehleyr off privately to take command of the ship, he at last agrees with her that neither will be complete without the other.