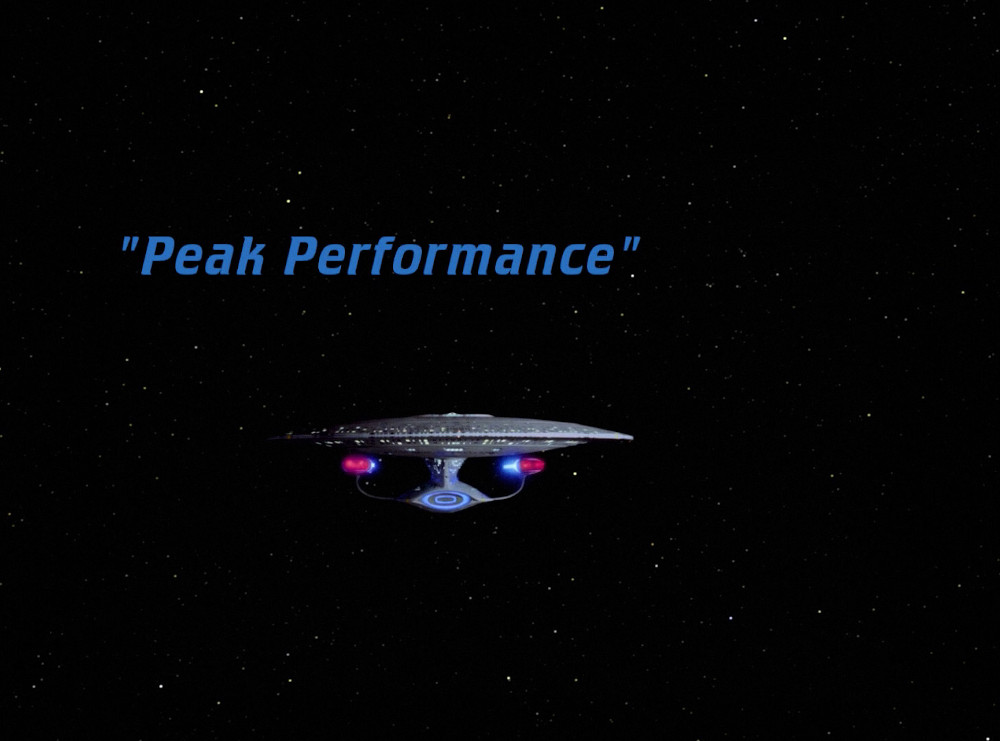 To prepare for the Borg threat, Captain Picard asks for a Zakdorn master strategist to oversee a battle simulation that he will wage against Commander Riker, who will command the U.S.S. Hathaway, which has been brought back to active service for the exercise. Strategist Sirna Kolrami, who predicts that Riker has no chance, is also a champion at the game Strategema. His shockingly easy defeat of Data leaves Dr. Pulaski and others fuming at the tactician's arrogance. Meanwhile, Riker realizes that his ship's hope in the "battle" lay in his own flair for offbeat tricks. With the help of a dilithium sliver from Wesley Crusher's science project, his crew stands ready.

Riker scores an early hit using a holographic image of a Romulan warbird as a distraction, but the games turn deadly when Picard mistakes an incoming Ferengi ship for another illusion. Its attack leaves the Enterprise's weapons stuck in the harmless wargaming mode. The Ferengi demand the secret weapon they believe the Hathaway must be holding, and threaten to destroy both vessels to get it. Using a jury-rigged warp drive, the older ship fakes its destruction, startling the Ferengi into withdrawing. After the wargames end, Data gets a Stratagema rematch against Kolrami. This time, he plays only for a draw, and "wins" when the frustrated Zakdorn loses his patience and quits.