The Ensigns of Command (Episode)

The Ensigns of Command 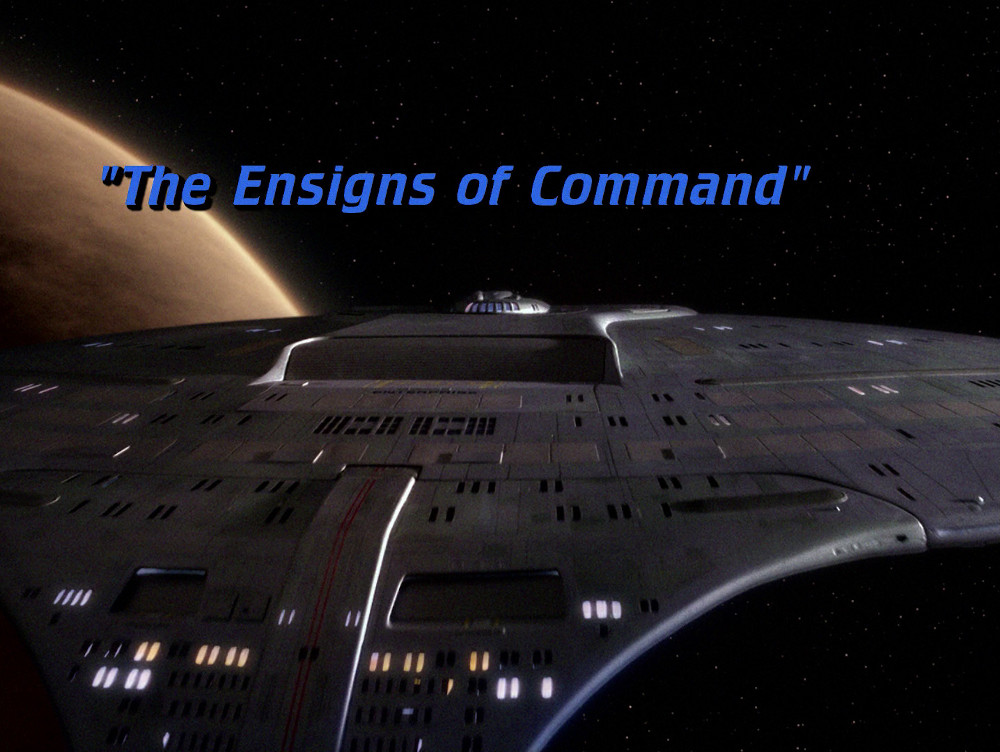 Stardate 43133.3: A forgotten colony is targeted by an alien race

The reculsive Sheliak Corporate breaks its 111-year silence with the Federation to demand that Tau Cygna V, ceded to it by treaty, be cleared of a Human settlement within three days. The colony, forgotten by the Federation, was established 90 years earlier. The colonists have since tamed the desert and number more than 15 thousand people. News of the colony is doubly surprising, since the settlers had to adapt their physiology to the hyperonic radiation that bathes the planet. Because of that danger, Data is sent to announce the evacuation, but he faces opposition from the colony's leader, Gosheven, who dismisses the Sheliak threat, despite his people's growing concerns. Picard and Troi request a delay from the Sheliak, but they are as stubborn as the colonists.

Data gets nowhere in his mission, despite the help of a woman, Ard'rian, until he demonstrates the danger to the settlers by launching a frightening, if restrained, show of force. Picard congratulates Data on the creativity of his effort after achieving a victory of his own: using the Sheliak's own treaty to get the evacuation delayed.