We Are the Stars That Sing With Our Life (STA)

From Trekipedia
Jump to: navigation, search
SignalsSTA Living Campaign (2371)The Assessor Gambit
We Are the Stars That Sing With Our Life 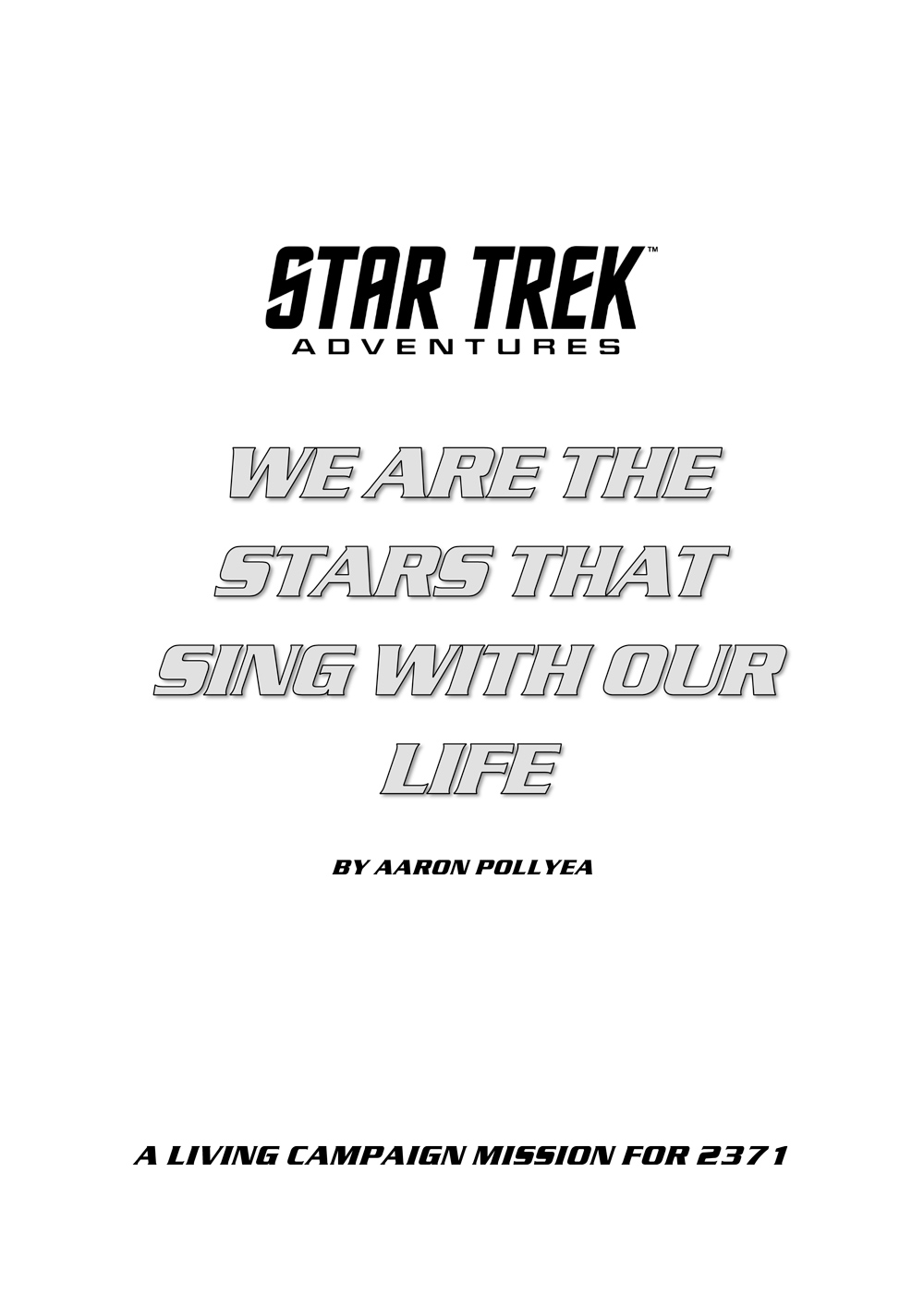 Cover
Captain's Log
Stardate 48673.4: A priority message from Starfleet Command has deployed us to the Alpha Toryui system to rendezvous with U.S.S. Mogami to assist in the evacuation of a team of archaeologists and several unique ancient artifacts from below the surface of the second world. I’m intrigued by the mysteries the planet contains, but what we rescue here may be all that will answer the many questions that we have about who was in that system, and why.

Following the discoveries on Seku VI, Starfleet has ordered all starships assigned to Narendra Station to the region around the Alpha Toryui star system. They are to assist in the recovery of a civilian archaeological team and in assisting a Starfleet Corps of Engineers Geospatial survey platoon from Alpha Toryui II after long range sensors detected that the primary of the system was days from gravitational collapse and becoming a supernova.

Once in system, it quickly becomes apparent that the archaeologists have discovered an ancient civilization that had settled the second world and are recovering unique artifacts. This discovery complicates matters as the intense gravimetric ripples in space-time from the beginnings of the stellar collapse are making transporter systems unable to function properly.

The Players must first figure out the timetable at which the star will undergo collapse, determine that the recovery operations aren’t possible in the timeframe given, and improve the transporter systems enough that it is possible to use them for transport.