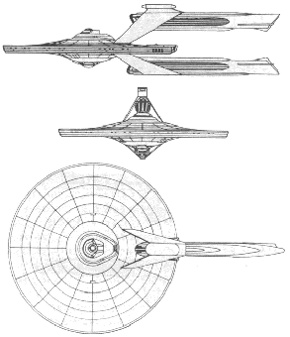 The Wilkerson class destroyers, which first entered service in April 2276, became a favorite among personnel assigned to Starfleet's destroyer command. These sleek ships were not only fast and maneuverable, but also well-armed and shielded. Spacious crew quarters and work areas made tours of duty aboard a Wilkerson class ship a sought-after assignment.[1]

The Wilkersons were tested for combat readiness shortly after they began arriving at their duty stations. Six of them participated in Solar Wind IV, a fleet-level training operation designed to test the fleet's ability to respond to and repulse an invasion by limited Romulan forces. The after-action reports showed the Wilkersons to be formidable opponents. During the operation, the Wilkersons were in combat four times and suffered no losses. The only pertinent negative reports from the operation were due to an overzealous captain who was so flushed with victory during a successful engagement that he pursued the fleeing enemy ships and left his support behind. Luckily, he broke off the engagement after realizing that his was the only ship in pursuit of five enemy vessels.[1]

Of the 132 Wilkersons built by June 2281, 128 remained in active service, two were in use by Starfleet Training Command, and two had been destroyed. The Wilkerson class was produced at the Mars and Salazaar shipyards at a combined rate of 26 per year, and Starfleet had at that time contracted for the construction of 340 of these destroyers.[1]