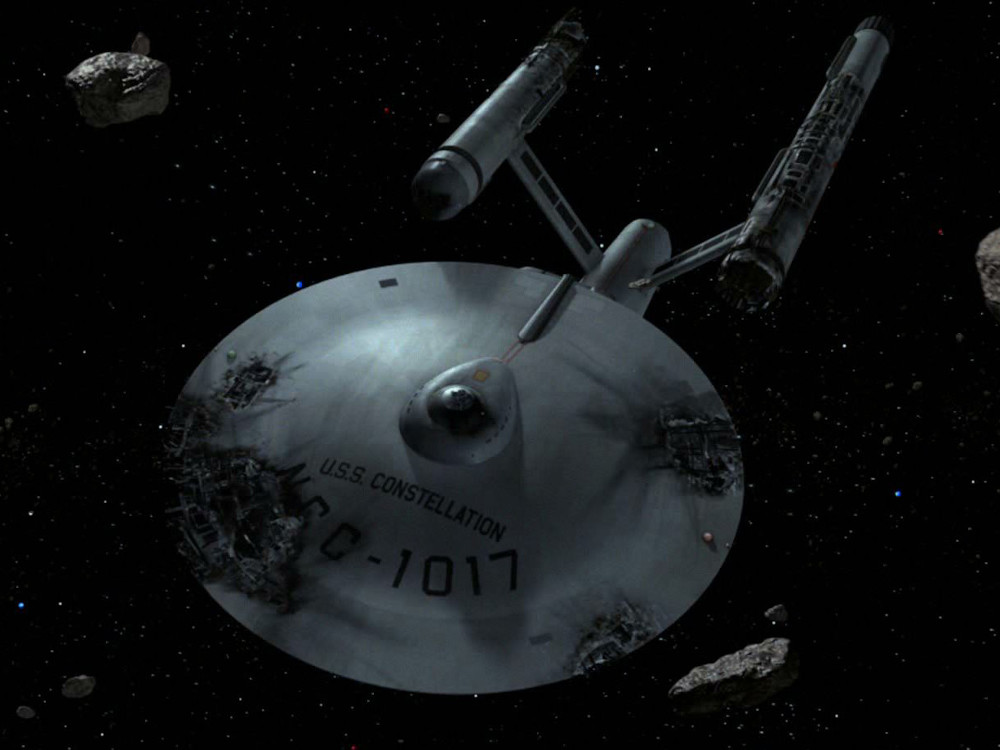 The Constellation, under the command of Commodore Matt Decker, was heavily damaged on Stardate 4202.9 (Reference Stardate 2/0802, February 2208) near System L-374 by a planet killer weapon of presumed extragalactic origin. The planet killer destroyed the planets in System L-374, including a planet where the crew of the Constellation had taken refuge after the ship was disabled. Personnel from the U.S.S. Enterprise NCC-1701 programmed the nearly-destroyed Constellation to overload its impulse drive inside the planet killer, disabling the automated weapon and destroying the ship.[4]