A Matter of Honor (Episode)

From Trekipedia
Jump to: navigation, search
Unnatural SelectionStar Trek: The Next GenerationThe Measure of a Man

A Matter of Honor 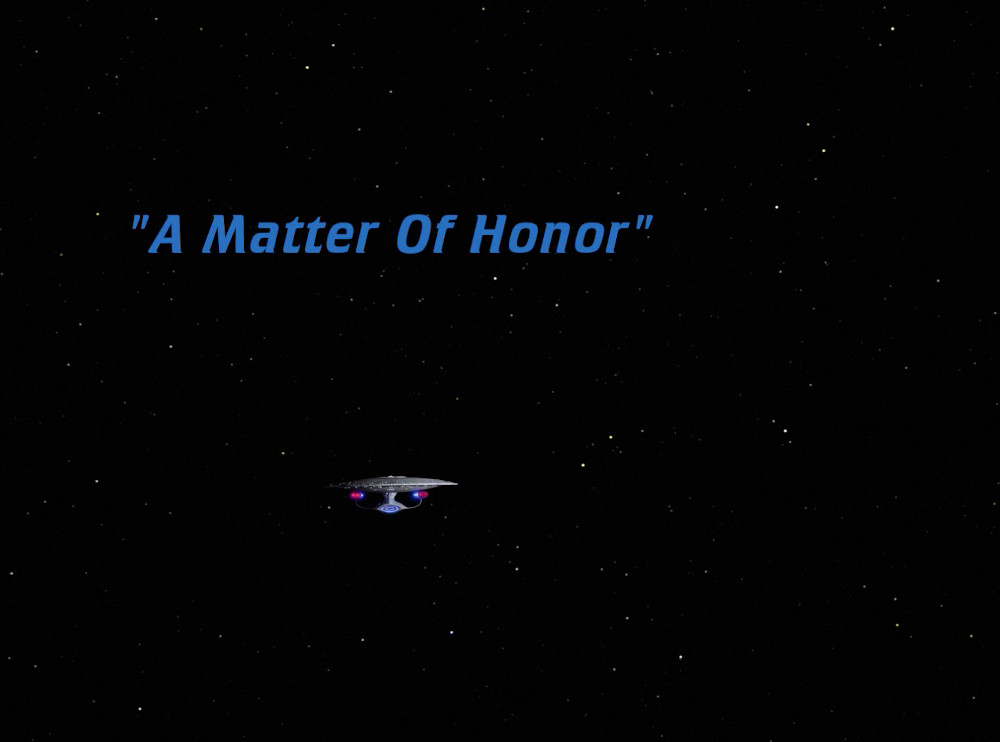 Stardate 42506.5: Riker serves as first officer aboard a Klingon ship

In a new exchange program, Riker becomes the first Starfleet officer to serve aboard a Klingon vessel. He throws himself into the job, taking a crash course in Klingon culture and cuisine from Worf. Meanwhile, the same program brings the young Benzite Mendon aboard the Enterprise, but a cultural difference nearly destroys the ship when he delays reporting the presence of a hull-eating bacteria. Aboard the Klingon cruiser Pagh, Riker uses Worf's lessons to gain respect from his new captain and subordinates. He enjoys a hearty meal with the Pagh crew and banters with its women, but the discovery of the same bacteria on the Klingon ship leads its captain, Kargan, to brand Riker a traitor and order an attack on the Enterprise.

Riker uses an emergency transponder given to him by Worf to beam Kargan off the bridge when he dismisses the Enterprise's warnings — making Riker captain for long enough to demand the "surrender" of the Enterprise to preserve the Klingons' honor. A shrewd student of culture, Riker takes an uppercut from the returned Kargan to let him regain his crew's respect, and Mendon makes amends by helping to find a solution to the bacteria, saving both ships.

Unnatural SelectionStar Trek: The Next GenerationThe Measure of a Man
Retrieved from "http://trekipedia.com/mw/index.php?title=A_Matter_of_Honor_(Episode)&oldid=37194"
Categories:
Edit ‌