The Measure of a Man (Episode)

From Trekipedia
Jump to: navigation, search
A Matter of HonorStar Trek: The Next GenerationThe Dauphin

The Measure of a Man 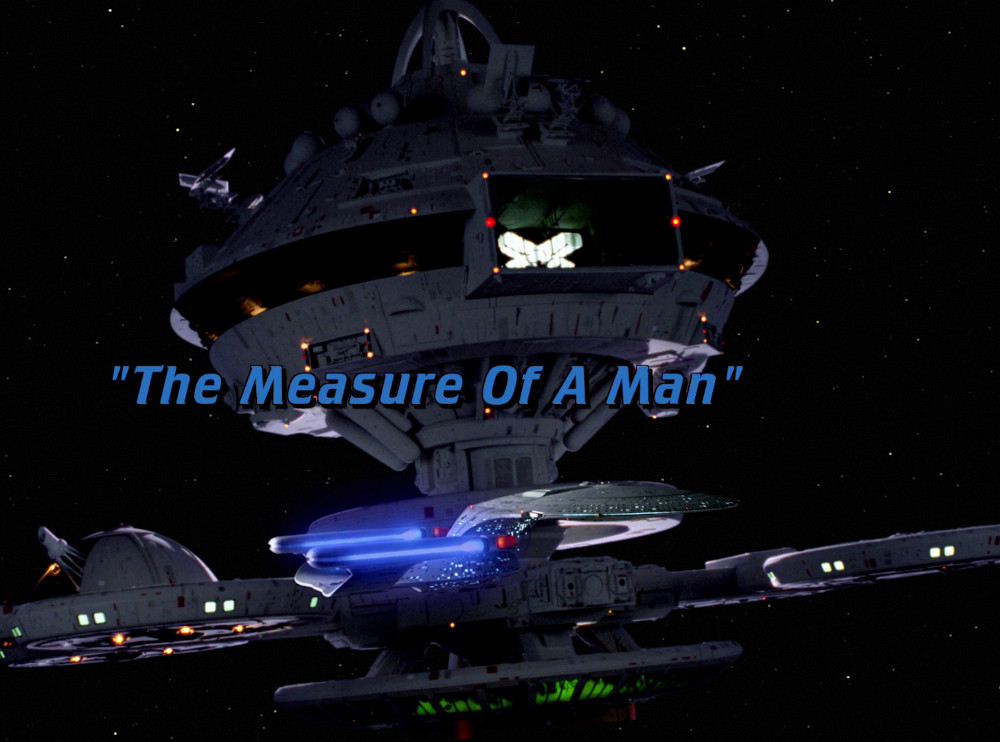 Stardate 42523.7: Picard must defend Data against being disassembled

Data's rights as a sentient being are questioned when Commander Bruce Maddox, a cyberneticist, wants to disassemble the android to make duplicates for Starfleet. When Maddox seems uncertain of his ability to reassemble Data, the Enterprise's second officer refuses to submit to his experiment and resigns from Starfleet. But that resignation is rendered moot when Maddox gets a ruling that the android is Starfleet property under a three-hundred-year-old law. Captain Picard is ready to tackle that decision in a court of law, but the insufficient legal staff at the newly-commissioned Starbase 173 forces him to argue as Data's defender — against Riker. On top of that, the base's Judge Advocate General, Captain Phillipa Louvois, is an old flame of Picard's whose seal in handling the U.S.S. Stargazer inquiry years earlier ended their relationship.

Riker, warned to do his best or see a summary judgment in Maddox's favor, dramatically works to prove that his friend and colleague is just a machine by removing one of Data's arms and then turning him off completely. Picard has all but conceded until Guinan helps him see that Maddox's plan for an army of androids without rights would amount to slavery. His confidence restored, Picard successfully argues that all beings are created but not owned by their creator. Later he and Louvois agree to a dinner date, while Data assuages Riker's guilt for his role in the prosecution.

A Matter of HonorStar Trek: The Next GenerationThe Dauphin
Retrieved from "http://trekipedia.com/mw/index.php?title=The_Measure_of_a_Man_(Episode)&oldid=37204"
Categories:
Edit ‌