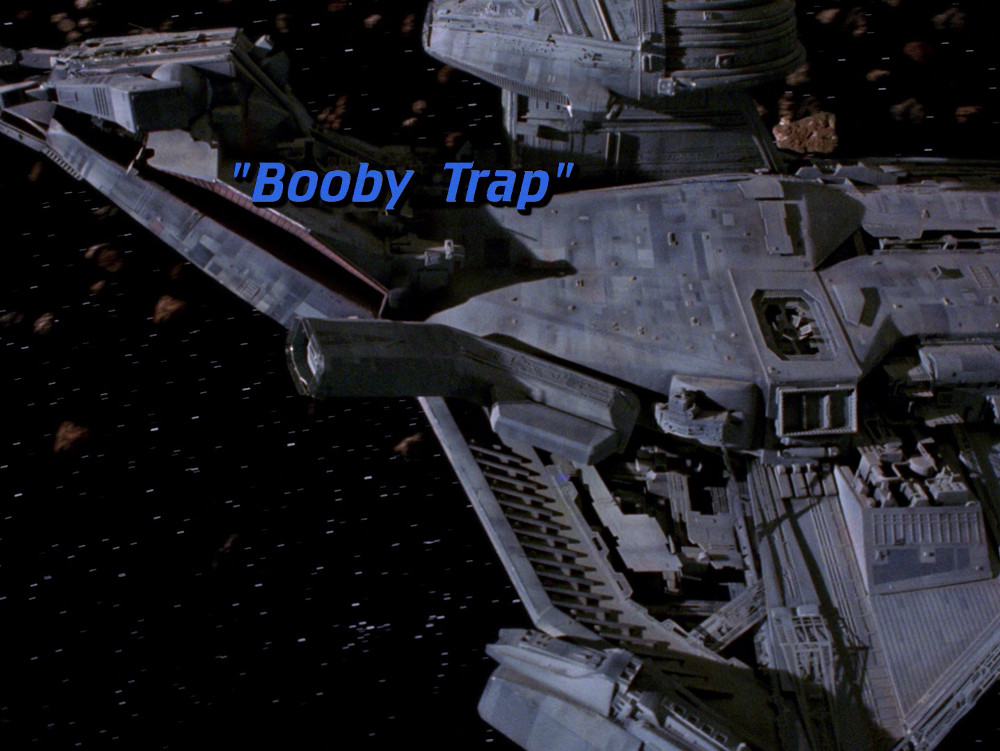 Stardate 43205.6: La Forge seeks help to free the Enterprise from an ancient trap

The crew see a seldom-revealed side of Captain Picard as he gleefully leads an away team to explore an ancient Promellian battle cruiser. They find the ship intact, with all hands long dead, at the site of a battle that annihilated the Promellians and their enemy, the Menthars. But the mystery behind the ship's fate becomes all too clear when the Enterprise crew realizes that they are trapped by the same Menthar energy-draining device that snared the Promellians.

As the ship's reserve power drains away, La Forge comes across the original plans by the Galaxy class designers. He then re-creates one of them, Dr. Leah Brahms, as an interactive holodeck character to help him find a way to escape the trap. La Forge, who has had troubles in dealing with women, finds himself drawn to the holographic Brahms as they race against time to find an answer. Finally, they hit on the idea of using one quick blast to free themselves, then they shut off all power. Picard takes the helm himself and deftly slingshots the ship around a last stray asteroid, and then the Enterprise destroys the booby trap.