From Trekipedia
Jump to: navigation, search
Who Watches the Watchers?Star Trek: The Next GenerationBooby Trap 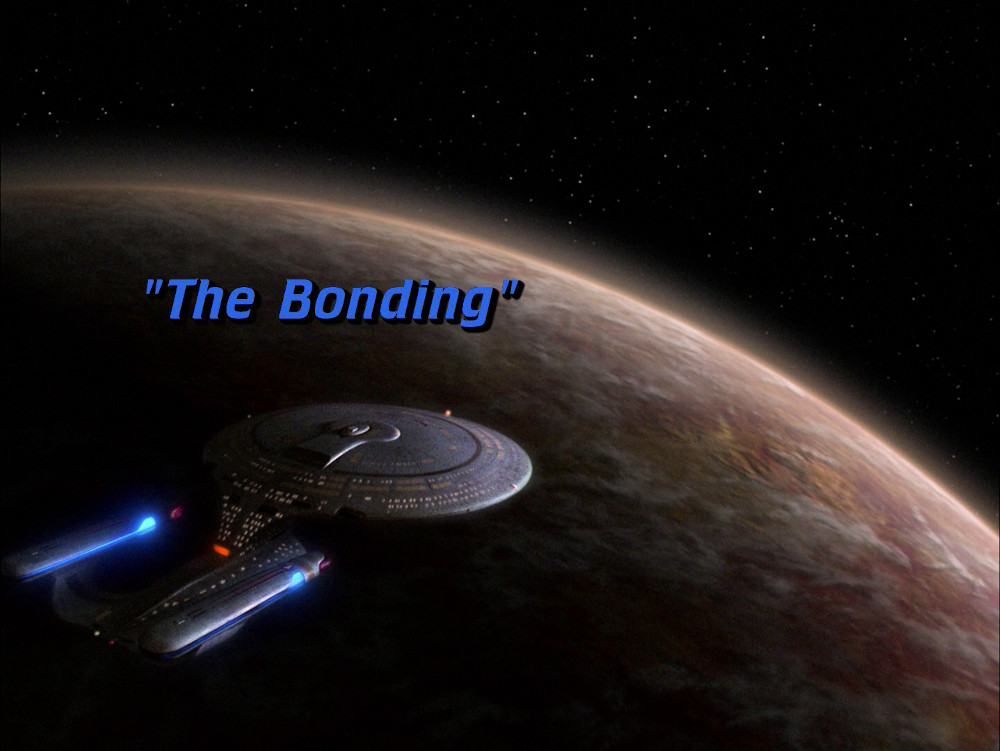 Stardate 43198.7: Worf makes an orphaned boy part of his family

A routine mission to explore the ruins of the Koinonian civilization ends in tragedy when a bomb left over from that people's long war explodes, killing archaeologist Lieutenant Marla Aster. Now Captain Picard and Counselor Troi must comfort her twelve-year-old son, Jeremy, who has already lost his father. The tragedy evokes empathetic feelings from Wesley Crusher and Worf, who led Aster's away team. But just as the shock is beginning to wear off, the boy's mother reappears and transforms the Asters' quarters into their old home on Earth, bringing joy and confusion to Jeremy.

Data discovers that "Marla" is actually an energy being from the planet below. After it is trapped with forcefields, it says that it wants only to care for the boy, since the long-dead race that it once shared the planet with was responsible for Marla's death. Picard argues that Humans must endure suffering and pain along with joy, while Troi points out how Jeremy can never have a full life in the artificial environment. The alien relents after Crusher and Worf tell their stories, and the Klingon leads the boy through the R'usstai bonding ceremony, making them brothers.

Who Watches the Watchers?Star Trek: The Next GenerationBooby Trap
Retrieved from "http://trekipedia.com/mw/index.php?title=The_Bonding_(Episode)&oldid=37257"
Categories:
Edit ‌