From Trekipedia
Jump to: navigation, search
Q WhoStar Trek: The Next GenerationUp the Long Ladder 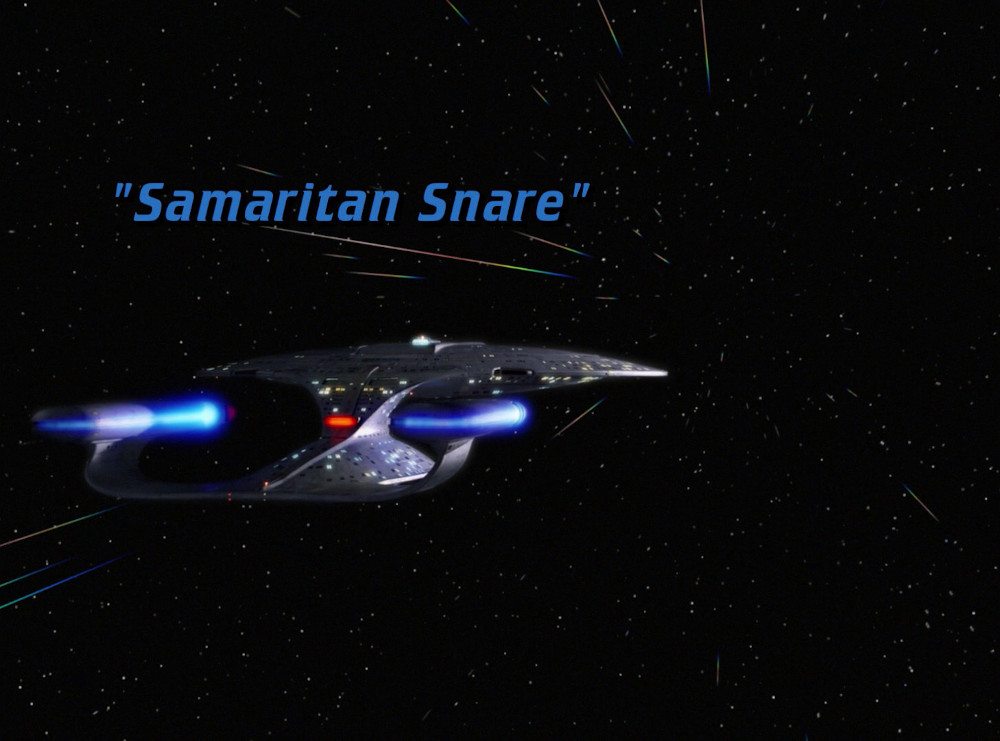 As Wesley Crusher prepares to take more Starfleet Academy tests at Starbase 515, Captain Picard suddenly elects to join him for the long shuttle ride after a heated argument with Dr. Pulaski. Aboard the Enterprise, Riker underestimates the apparently slow-witted Pakleds, who kidnap La Forge after he beams over to their ship to give them a hand with repairs.

During the shuttle ride, Picard finally opens up enough to explain his reason for making the trip — surgery to replace a defective cardiac unit — and leaves Crusher spellbound with the tale of the shore leave brawl as a young officer that nearly got him killed. Meanwhile, the Pakleds demand that the Enterprise release all of its computer data to them. As the crew considers a show of force to rescue La Forge, Riker learns that Picard is near death from complications during his surgery. Anxious to reach their captain, the crew tricks the Pakleds with a "crimson forcefield" — actually a harmless release of hydrogen from the Bussard collectors — and rescue La Forge. Picard awakens in post-op to learn of his close call — and to find that Pulaski was the specialist called in to pull him through.