The Arsenal of Freedom (Episode)

From Trekipedia
Jump to: navigation, search
Heart of GloryStar Trek: The Next GenerationSkin of Evil

The Arsenal of Freedom 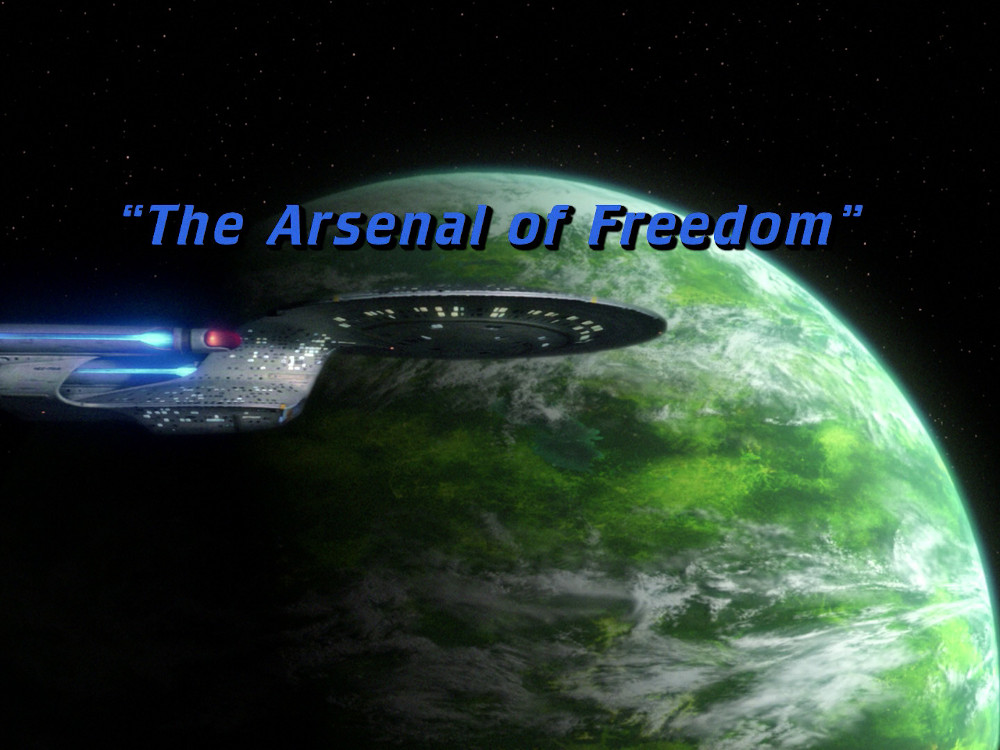 Stardate 41798.2: Investigating a missing ship, the Enterprise comes under fire from an automated weapons system

The Enterprise is sent to the planet Minos to search for the missing U.S.S. Drake. The famed world of arms merchants hails the ship with a commercial for weapons, but the sensors show no life on the planet. On Minos, Riker meets the Drake's captain, his old friend Paul Rice, but quickly realizes he is dealing with a holographic projection. The hologram dissipates, revealing a small drone that ensnares Riker in a stasis field. The drone is destroyed, but increasingly smarter versions begin to appear.

While fleeing the drones, Captain Picard and Dr. Crusher fall into a cavern. The doctor is injured and they can't get out. On the surface, Data, Riker, and Yar fight off the drones, but one goes into orbit and attacks the Enterprise, where La Forge has been left in command. La Forge must contend with not only a green bridge crew, but also a pompous engineer, Logan, who wants to take command instead. La Forge chooses to separate the ship, and puts Logan in command of the saucer, ordering him to take it to safety.

In the cavern, Picard stumbles onto the core of the situation — an automated "ultimate defense" system, which he realizes must have killed the Minosians and destroyed the Drake, and is now threatening his ship and crew. In orbit, La Forge pulls a tricky atmospheric tactic to destroy the drone attacking the Enterprise, just as Picard deduces how to end the "demonstration" of the weapons system.

Heart of GloryStar Trek: The Next GenerationSkin of Evil
Retrieved from "http://trekipedia.com/mw/index.php?title=The_Arsenal_of_Freedom_(Episode)&oldid=37174"
Categories:
Edit ‌